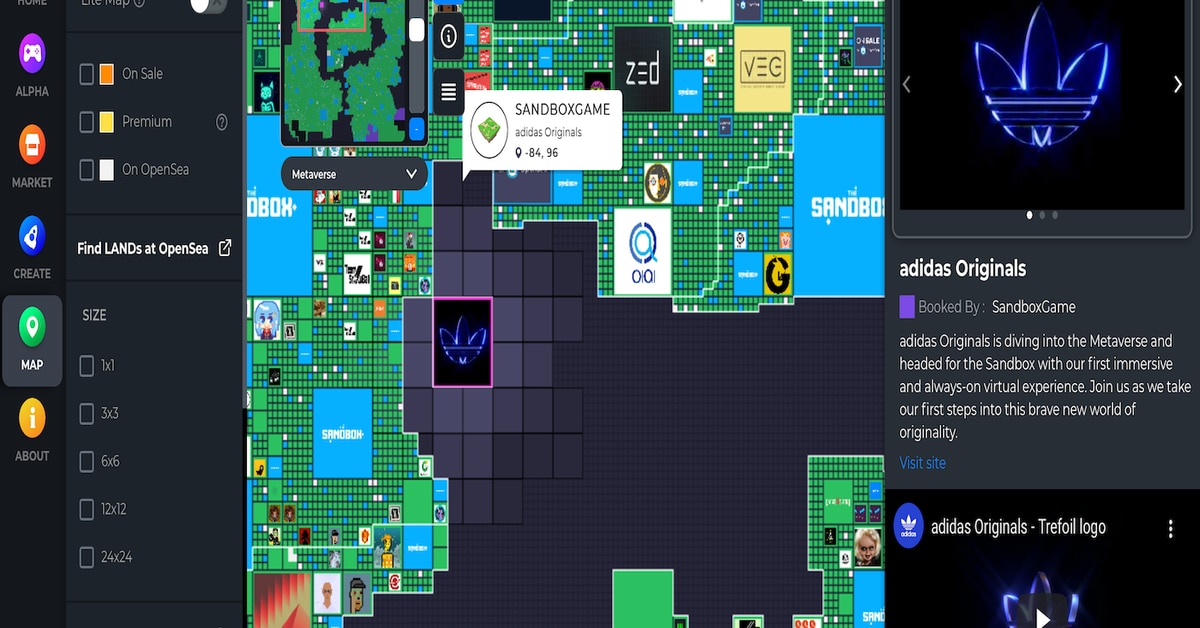 In a mysterious message over Thanksgiving weekend, the Bored Ape Yacht Club tweeted out an image of a 3D-rendered shadowy Ape, wearing pink sunglasses and a green tracksuit. It was an Adidas track suit to be specific, with a BAYC logo on the left breast.

Another popular collection, PunksComic, whose derivative comic series that comes with fractional ownership rights to 16 CryptoPunks and whose initial non-fungible token (NFT) issue sells for over $27,000 at the time of this writing shared a similar image with one of their characters.

Sam Ewen, head of CoinDesk Studios, has spent over two decades in the technology, innovation and creativity marketing industry while working with many of the top brands in the world.

Another popular NFT collector/creator named GMoney also posted an image with his trademark silhouette wearing a hoodie and a crypto wallet address printed adjacent to the Adidas trefoil icon on the garment. All tweets had the simple text “/// ????” next to them.

This all comes after a busy past few weeks for Adidas and its full-on jump into Web 3 with a land purchase/partnership in metaverse project The Sandbox and also announcing a collaboration with Coinbase with a simple tweet using the Web 3 crypto slang phrase, “Probably nothing.” Brands fail to understand that Web 3 is about community-based ecosystems, not just financial ones. And they are talking directly to the communities and influencers, not their wallets.

When AMC cinemas announced that it was starting to accept crypto for ticket sales and concessions, with a specific shoutout to dogecoin holders that it is the next crypto on the list, it got some great press and some supportive comments. However, the movie theater chain seems to have done little to build a toolset to support crypto, nor does it seem to be an active participant in being part of the larger crypto conversation. AMC did it for the eyeballs.

It is not alone. Burger King offered a rewards contest to win either one of 20 bitcoin, one of 200 ether or 1 of 2 million dogecoin, but you needed a RobinHood account to claim the rewards (a marketing partnership at its purest), and it was not very decentralized. Even when Visa bought CryptoPunk 7610 for about $150,000 in August, it barely did much with it beyond a blog post and changing its public relations Twitter handle’s profile picture for one day to the punk avatar. With the CryptoPunk floor now at over $383,000, it may be one of the few brand moves where a marketing purchase gained value after launch.

What AMC, Visa, Burger King and many others (looking at you Arizona Iced Tea, Coca-Cola, Nissan) are missing is that the true value in crypto, and especially Web 3, isn’t in purchasing a funny type of money. It’s about the community itself.

Crypto enthusiasts have always wanted to get others into the ecosystem. In 2015, I gave my daughter and nephew paper wallets with $50 in BTC on them for a Christmas gift, less because I wanted them to trade it in for cash but because I wanted them to start to see how the foundational theories around money were changing and that they could be a part of the movement, too. Brands should be looking at participation in the communities as much as they want people to participate and engage with their brands.

Whether an owner of a Bored Ape, involved in a DeFi liquidity pool or a contributor to ConstitutionDAO, people want others to “ape-in” to the projects not just because it may pump their holdings, but because they get to spend time with a larger and larger group of like-minded collectors and investors and meet others who are “in the club.”

Spend time on Discord channels and users are talking about the project details. But many are also talking about where to vacation, what books to read, cars to check out and which shows they are watching. Just like anyone who has been holding bitcoin, ether or Cardano’s ADA for a few years, when you find your people you talk crypto. But you also talk about life just as much and how this movement is changing us as individuals and as a collective.

What mainstream brands are also not understanding is that the creators, influencers and entrepreneurs of the future are hanging out in these communities on Discord, Telegram, Twitter and other emerging Web 3 platforms. The more the brands engage these people now, the easier it will be to know them and work with them on future brand initiatives.

A few companies seem to be approaching it the right way.

Time Magazine has truly committed to its Web 3 initiative with an active Discord channel of over 8,000 subscribers, art drops with established and emerging artists, Twitter conversations and even a kids animated series based on an NFT artists’ collection. Anheuser-Busch seems to be taking the same route with its Discord server, having almost 5,500 users and a supposed Budweiser NFT drop to come soon.

Read more: Planet of the Bored Apes – Will Gottsegen

It’s a start, but just a start. These communities are full of smart, driven, generous people and ones that brands should authentically access and connect with now or pay exponentially later.

Back in 2016 when I owned a creative marketing agency, if I had told a brand that I could introduce it to a large group of hyperconnected people who are affluent, diverse, world travelers and who want nothing more than to align themselves with each other and the brands that support their ethos, lifestyle and journey with little more than a small financial investment and some spot-on community involvement, they all would have been ready to jump in.

Well, here they are and we are. Will brands take the plunge?

Tags
Crypto One Part People Who

Market Wrap: Bitcoin Underperforms as Ether and Other Altcoins Rise