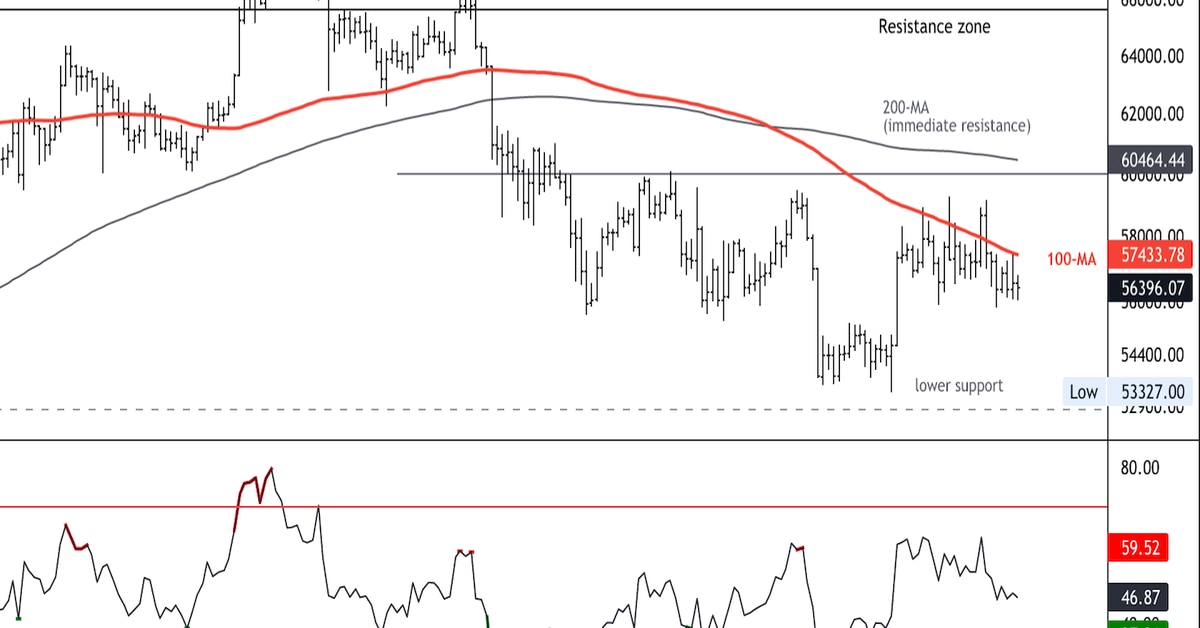 Bitcoin (BTC) continues to stabilize above the $53,000 support level after last month’s decline.

There appears to be a stalemate, however, between buyers and sellers because the cryptocurrency is roughly flat over the past 24 hours. Resistance is seen around $60,000, which has capped upside moves over the past week.

Still, there is strong overhead resistance between $60,000 and $65,000, which could limit price gains this month.