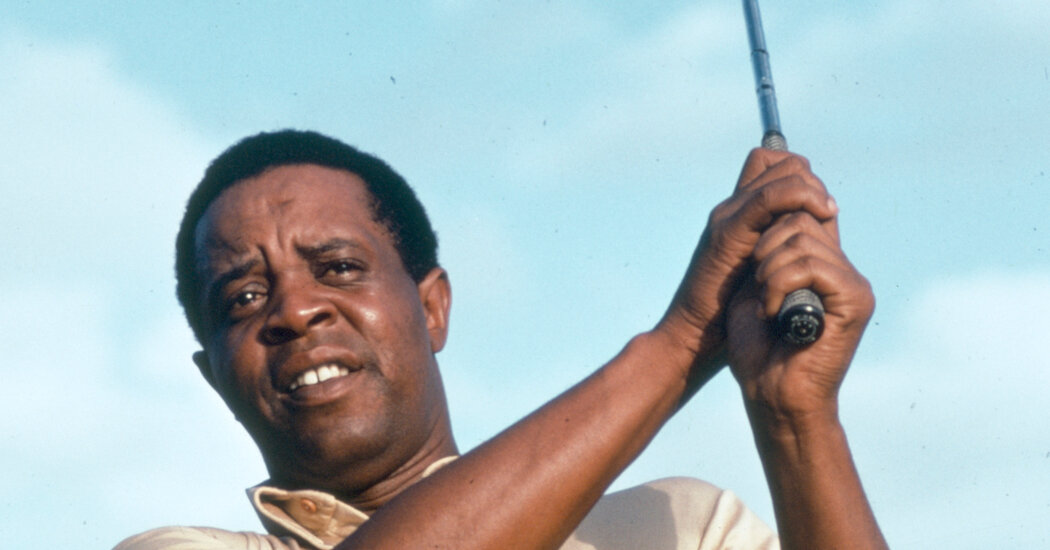 At a dinner at Pebble Beach in 2019 to honor Lee Elder with the Bob Jones Award for sportsmanship, bestowed by the United States Golf Association, the commentator Jim Nantz told the golfer in a speech: “Your life will have meaning for years and centuries to come.”

Elder, whose death at 87 was announced on Monday by the PGA Tour, in 1975 became the first Black golfer to play in the Masters Tournament. He was honored at the tournament this year for his 1975 appearance at Augusta National Golf Club, which was, as Richard Goldstein of The New York Times writes in Elder’s obituary, “a signature moment in the breaking of racial barriers on the pro golf tour.”

Before the start of that tournament, Elder wrote in an article for The Times: “The one thing on my mind this past year is the fact of being at Augusta, something I’ve wanted quite some time. I think I made it clear, when I first came on the tour, that I would be happy to qualify for the Masters. But I wanted to qualify on my own merit, I didn’t want anyone giving me a special invitation.”

As The Times golf reporter Bill Pennington wrote from Augusta, Ga., in April: Elder’s role in the ceremonial opening tee shot, viewed as long overdue, had been much anticipated. After being announced the year before, it was delayed by the coronavirus pandemic.

The significance of Elder’s appearance was not lost at a time when the country was undergoing another racial justice reckoning. Nor was the substance of his career, which will indeed have meaning for years and centuries to come. 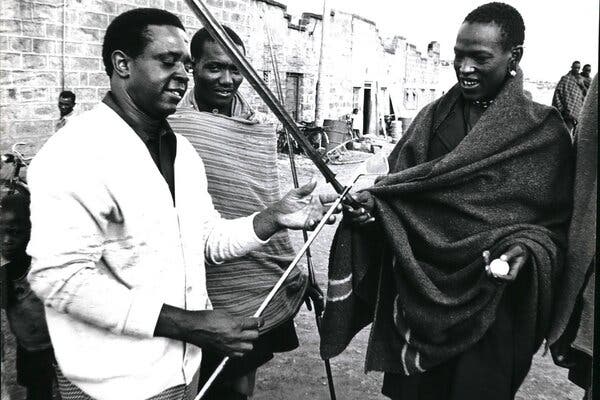 Lee Elder played exhibition matches in Kenya and other African countires in 1971.

Elder leapt for joy upon winning the Monsanto Open in 1974.Credit…Bettmann/Getty Images
Elder was driven from the 18th green by Dwight Thompson, chairman of the Masters press committee, after his practice round for the Masters in 1975.Credit…Bettmann/Getty Images
Elder signing autographs at his first Masters.Credit…Leonard Kamsler/Popperfoto via Getty Images
Teeing off in the rain at Augusta National in 1975.
Elder, third from the left in the back, with the United States team after it won the Ryder Cup at The Greenbrier in West Virginia in 1979. Credit…Phil Sheldon/Popperfoto via Getty Images
Elder during the GTE West Classic in Ojai, Calif., in 1993.Credit…Gary Newkirk /Allsport
Tiger Woods got a hug from Elder after becoming the first Black champion of the Masters in 1997. Credit…Amy Sancetta/Associated Press
Elder giving pointers to children at the Driftwood Community Recreation Centre in Toronto in 2010.Credit…Vince Talotta/Toronto Star via Getty Images
Elder at the 2020 Masters, where it was announced that he would be honored by the establishment of scholarships in his name. He was also invited to be an honorary starter for the 2021 Masters. Credit…Doug Mills/The New York Times
Elder and Jack Nicklaus during a ceremony for the honorary starters on the first tee with Gary Player, right, at the Masters this April.Credit…Doug Mills/The New York Times
The honorary starters’ names and ages were posted at the first tee of the Masters in April.Credit…Doug Mills/The New York Times
Tags
Elder Golf Honor The Masters Times

With Omicron’s Arrival, Stocks Will Again Hang on Headlines