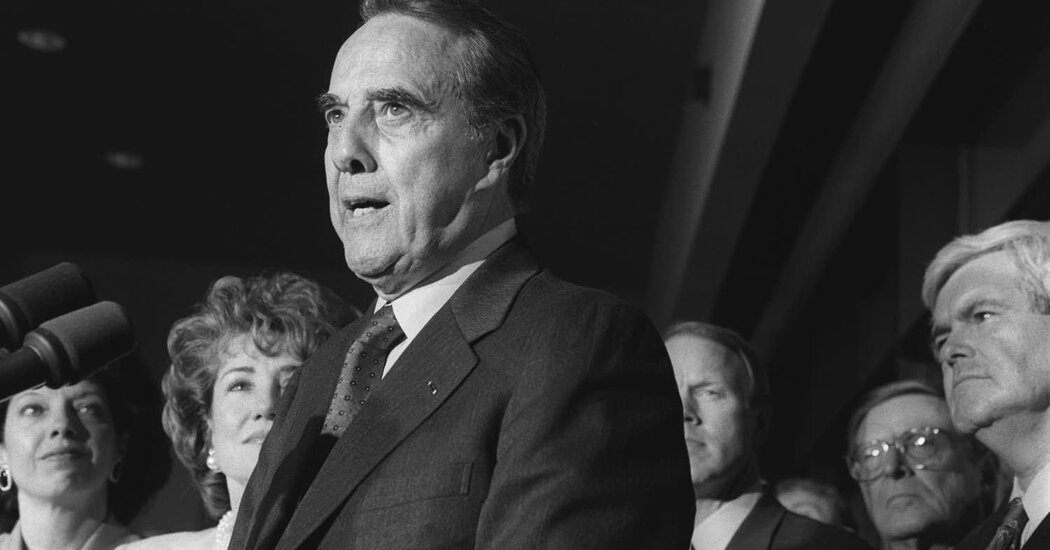 At a vice-presidential debate against Walter Mondale in 1976, Senator Bob Dole flung one of the acerbic one-liners he was known for.

“If we added up the killed and wounded in Democrat wars in this century,” he said, “it would be about 1.6 million Americans, enough to fill the city of Detroit.”

It did not go over well. Under fire even from some fellow Republicans, Mr. Dole denied using the phrase “Democrat wars,” then did damage control. His point, a spokesman said, had been that it was as unfair to blame Democrats for those wars as it was to blame President Gerald Ford — who was at the top of the ticket Mr. Dole was running on — for Watergate.

The only thing that stood out about the episode was that Mr. Dole seemed to recognize he had taken his characteristic sarcasm too far.

But he never stopped using it — against Democrats, Republicans and often himself. After his death on Sunday at age 98, here is a sampling of his sharp tongue, including his jabs at supply-side economics and his venomous letter to a former White House official.

In his first campaign for the presidency, in 1980, Mr. Dole joined the pile-on against President Jimmy Carter.

“I once called Carter a chicken-fried McGovern,”

Tags
Had New One President Who

Witty and to the Point, Dole Embodied ‘Shared Values’ in Washington