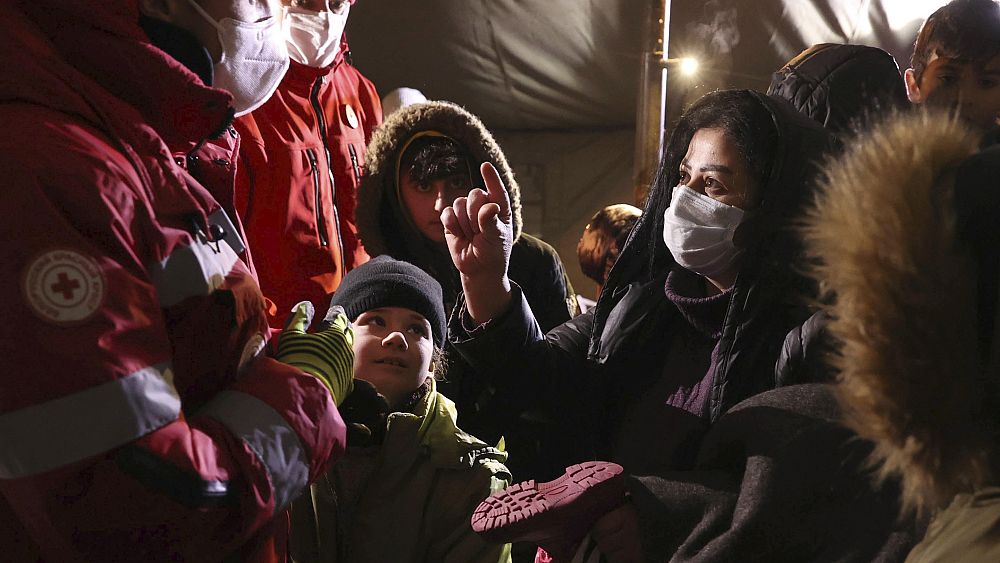 As the EU-Belarus geopolitical confrontation turns into a humanitarian crisis, the European Commission has agreed to tweak asylum rights and make it easier to return those migrants who, after flying to Minsk under false promises, have been left stranded in the bloc’s eastern borders.

The proposed exceptional rules will allow Poland, Latvia and Lithuania to wait up to four weeks before officially registering asylum applications of those who wish to enter EU territory. This marks a considerable deviation from current norms, which set a deadline of three to ten days.

The three Eastern countries will also be able to hold asylum seekers in reception centres at the border for up to 16 weeks – almost four months – while their applications are being reviewed.

“The extension will help the member state to apply the fiction of non-entry for a longer period of time providing for more flexibility to deal with the increased workload,” the document reads.

According to the Commission, over 8,000 migrants are currently held in centres across the three countries and over 10,000 people have already reached Germany.

If the request for international protection is rejected, the member states will be entitled to enforce simplified and quicker procedures for returning illegible migrants to their place of origin.

The temporary measures have yet to be approved by member states and are expected to be in place for six months, with the possibility of being repelled at any time – or even prolonged.

The backlash was swift: civil society organisations blasted the Commission for weakening asylum rights and normalising human suffering. But the executive stood its ground and claimed all measures are in line with European law and necessary to stand up to Belarus.

Flexibility in times of de-escalation

Wednesday’s announcement follows weeks of tensions at the EU’s eastern borders, which have been simmering since early summer but took a turn for the worse in early November.

Brussels accuses Belarusian President Alexander Lukashenko of exploiting migrants in retaliation for sanctions imposed in the aftermath over the fraudulent 2020 presidential election and subsequent violent crackdown on pro-democracy protesters. Lukashenko denies the accusations.

“We are a family. When one of us in under attack, the rest of us will be there for him,” said Margaritis Schinas, one of the Commission’s vice-presidents, while presenting the proposal.

Schinas stressed the extraordinary adjustment of asylum rules was necessary to deal with the extraordinary circumstances at the border. The official underscored the measures will respect the fundamental principle of “non-refoulement”, which prohibits countries from sending migrants back to a place where their life would be at danger.

His colleague Ylva Johansson, EU Commissioner home home affairs, explained arrivals from Minsk have considerably decreased in recent weeks and that over 1,800 Iraqi nationals have been repatriated, with more flights planned for the coming days.

“Even though the situation is de-escalating, we have to stay vigilant. I will not for a moment trust Lukashenko and the Belarusian regime,” she cautioned.

The commissioners confirmed the “flexibility” had been explicitly requested by Poland, Latvia and Lithuania. The demand was also included in the conclusions of a previous European summit.

The humanitarian crisis at the border has been exacerbated by extreme winter conditions, which have reportedly caused several cases of death by hypothermia and exhaustion. Access to the area is restricted by Polish authorities, making reports hard to verify.

Prior to this announcement, the Commission had unveiled €3.5 million in aid for voluntary returns and €700,000 in humanitarian assistance, as well as an extra €200 million for border management in the three Eastern countries, which will exclude the construction of barbed wires and walls.

‘An excuse to weaken protections’

“We’re not legalising pushbacks in our proposal and I fully expect member states to comply with the regulation,” Johansson said.

The move from Brussels comes two weeks after the Polish Parliament passed a controversial legal amendment to allow authorities to reject asylum applications without examination, expel those who have submitted the requests and ban them from entering the country for up to three years.

The commissioners dodged questions from the press related to the Polish amendment and insisted all member states are bound to respect current European rules, which say migrants have the right to apply for asylum in the first EU country they reach.

The call for flexibility also raised questions about its timing and practical relevance. Johansson herself said several times the crisis was “de-escalating” and the number of arrivals from Belarus is “not high”.

Amnesty International immediately condemned the whole proposal, arguing the EU was normalising the “dehumanization and suffering of people” and some countries were using the border crisis as “an excuse to weaken protections of asylum-seekers and push their anti-migrant agenda”.

“If the EU can allow a minority of member states to throw out the rule book due to the presence of a few thousand people at its border, it throws out any authority it has on human rights and the rule of law,” said Eve Geddie, director of Amnesty International’s European Office.

Evelien van Roemburg, head of Oxfam EU office, told Euronews the Commission’s measures will make the asylum process even more difficult than it already is.

“This is precisely what’s going to happen now in Poland and the Baltic states. So that’s the fundamental problem with these proposals.”

The proposed rules set “a dangerous precedent in a context where member states frequently ignore their obligations,” said Catherine Woollard, director at European Council on Refugees and Exiles (ECRE), who noted the longer the asylum procedure takes, the greater the risk of being subject to violations, “including expulsions/pushbacks and summary removals”.

“The proposal is an over-reaction to the arrivals of people seeking protection,” Woollward wrote in an email to Euronews. “While the situation results from a tense conflict with Belarus, that is no reason for weakening the right to asylum in Europe.”

The Socialists & Democrats group (S&D), the second-largest in the European Parliament, was equally critical and said the Commission appeared to be taking orders directly from Warsaw.

“The Commission’s move today is worrying and risks the EU becoming complicit in dangerous fearmongering,” wrote Birgit Sippel, the S&D spokesperson for justice and home affairs.

Making matters for uncomfortable for the executive, the proposed legislation arrived the same day as The New York Times released an explosive story of a EU interpreter who claims Greek border guards mistook him for an asylum seeker, assaulted him and then forced him back into Turkey. An investigation is currently underway.

Tags
Belarus Eve Three Which Who

New York Religious Schools Face a Vaccine Mandate. Will They Fight It?