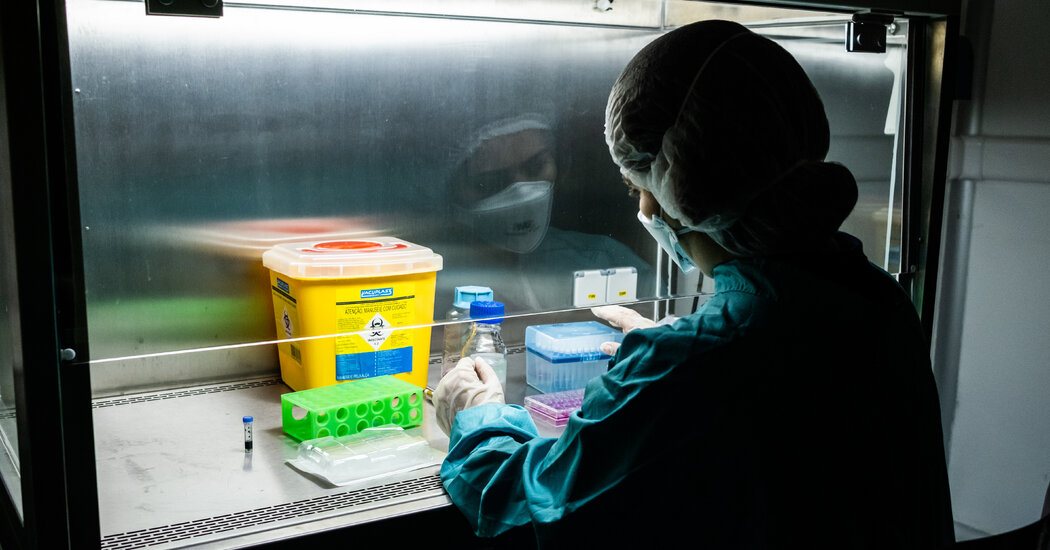 As the coronavirus pandemic put a spotlight on scientific research, people around the world gained trust in both science and scientists, according to a new survey released on Monday.

“I am not surprised by the results of the survey,” said Fatima Tokhmafshan, a geneticist and science communicator who was not involved with the poll. Ms. Tokhmafshan suggested the interdisciplinary response to the pandemic among scientists, in fields ranging from public health, to immunology, zoology and epidemiology, helped people to understand the connections between science and their own well-being.

“The general public may not know scientists in real life, but most people know a doctor or a nurse,” Ms. Tokhmafshan said. “Now everyone has at least heard of a scientist or read something by a scientist.”

Conducted by Gallup, the poll interviewed people from August 2020 to February 2021, while vaccine trials were underway and largely before Covid vaccines were publicly available in many countries.

Worldwide, trust levels rose most substantially among people who said they knew “some,” “not much” or “nothing at all” about science since the poll was last conducted in 2018. This suggests that people without much experience with science may have gained awareness of its importance during the pandemic, according to the study’s authors.

The percentage of people who said they had “a lot” of trust in science increased by at least 10 points in East Asia (especially China), Latin America, Eastern Europe and Southeast Asia.

Within the United States, the survey found that 54 percent of Americans said they had “a lot” of trust in scientists, an increase of 9 percentage points from the 2018 poll. The most recent U.S. survey data was collected from August 2020 to October 2020, as confirmed coronavirus cases per 100,000 people rose by 60 percent.

The results may surprise those who monitor the surge of misinformation about the virus, which has led many to question vaccines, to reject public health measures such as masking and distancing or to seek unapproved treatments like antimalarial drugs or ivermectin, which is mainly used as an animal deworming drug.

“The share of people who fall victim to conspiracy theories and misinformation has grown, just as the percentage of people who trust science and respect science has grown,” Ms. Tokhmafshan said. “It’s a growth that has happened on both sides.”

A tense era in U.S.-China ties. The two powers are profoundly at odds as they jockey for influence beyond their own shores, compete in technology and maneuver for military advantages. Here’s what to know about the main fronts in U.S.-China relations:

Pacific dominance. As China has built up its military presence, the U.S. has sought to widen its alliances in the region. A major potential flash point is Taiwan, the democratic island that the Communist Party regards as Chinese territory. Should the U.S. intervene there, it could reshape the regional order.

Trade. The trade war started by the Trump administration is technically on pause. But the Biden administration has continued to protest China’s economic policies and impose tariffs on Chinese goods, signaling no thaw in trade relations.

Technology. Internet giants have mostly been shut out of China, but plenty of U.S. tech companies still do big business there, raising cybersecurity concerns in Washington. Mr. Xi has said China needs to achieve technological “self-reliance.”

Human rights. Under Mr. Xi, China’s confrontations with the U.S. over values and freedoms have become more frequent, including standoffs over Beijing’s crackdown on pro-democracy protests in Hong Kong and mass detentions of Muslims in Xinjiang.

World leadership. China’s leaders see signs of American decline everywhere and they want a bigger voice in global leadership, seeking a greater role in Western-dominated institutions and courting allies that share their frustration with the West.

The survey also found people in the United States have significantly less confidence in the government’s perception of science. Only 13 percent of Americans said their government officials valued the opinions and expertise of scientists “a lot” — derived from a question posed during the final stretch of the administration of former President Donald J. Trump.

“Although this report provides a snapshot of views in 2020, prior to successful vaccines or licensed treatments, it’s vital that we can listen to — and understand — people’s views,” said Beth Thompson, an associate director of policy at the Wellcome foundation, in a statement.

Maimuna Majumder, a computational epidemiologist at Harvard Medical School and Boston Children’s Hospital who was not involved in the poll, said she had noticed more people taking an interest in her perspective than they would have before the pandemic. She also found that the politicization of the pandemic has influenced who does and does not trust her as a scientist.

“The fact that I’m also Muslim, BIPOC, and use she/they pronouns impacts who finds my perspectives as a scientist to be trustworthy,” Dr. Majumder wrote in an email.

In Ms. Tokhmafshan’s eyes, scientists should elevate the voices of scientists from marginalized groups, as well as increase outreach to underserved communities that might harbor historical mistrust in medical institutions.