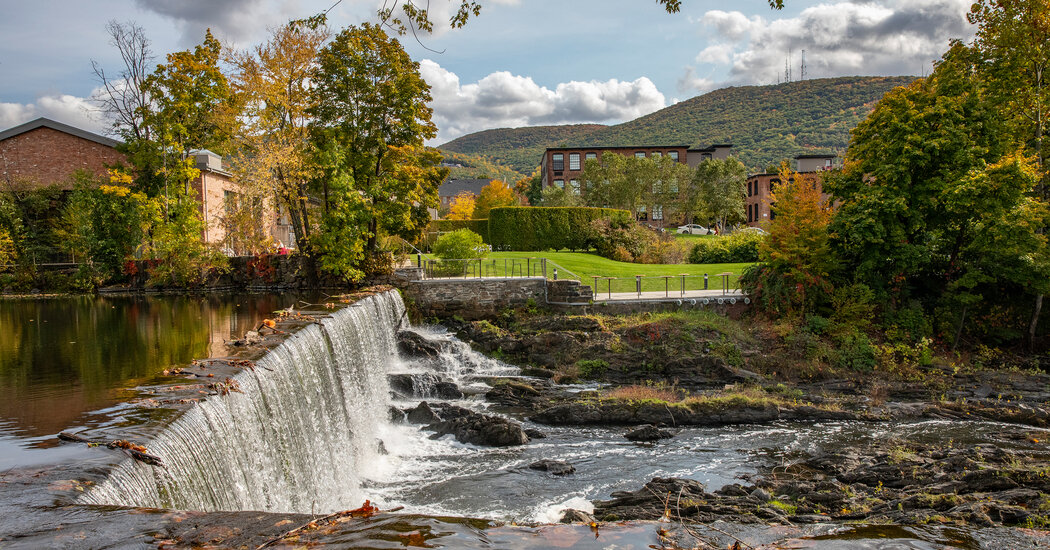 Every so often, a spotlight seems to shine on Beacon, a low-slung city on the Hudson River, near the southern border of Dutchess County.

In Colonial times, its steep hills played a key role for soldiers. During the industrial era, its factories made the boater-style hats that were all the rage. And in 2003, the opening of the Dia Beacon museum turned the 4.7-square-mile enclave into a top-tier contemporary arts hub.

Now, as the coronavirus crisis prompts second thoughts about dense urban living, Beacon seems to be playing a new role as a refuge for pandemic-weary New Yorkers.

“Everything kind of led to the point where we had to leave the city,” said Chloe Stables, 40, a new resident who arrived in September from Greenpoint, Brooklyn, with her husband, Tom, 41, a men’s wear designer, and their dog, a boxer mix.

Their route to Beacon, which is about a 60-mile straight shot from Midtown Manhattan, wasn’t direct. In March, after Ms. Stables lost her job as an executive assistant for a marketing agency and Mr. Stables was temporarily let go from his job, the couple decamped to a family house in Key West, Fla., for a few months. When they returned to Brooklyn in the summer so Mr. Stables could head back to work, New York suddenly seemed all wrong — epitomized by the rat that had taken up residence in their prewar one-bedroom rental, Ms. Stables said.

In contrast, keeping them company at their new upstate address — a 1920s brick house with two bedrooms, one bathroom and a wraparound porch for $2,800 a month, $100 less than their city rent — is Fishkill Creek, Beacon’s bubbling showpiece.

“The suburbs would have been too vanilla for us,” Ms. Stables said. “We wanted something unique.”

If the influx of Brooklynites can’t be definitively measured, it’s clear there have been a lot of new faces around town lately, including day trippers frustrated with a lack of things to do in still-semi-locked-down New York.

Residents say restaurants on the mile-plus-long Main Street — which was boarded-up two decades ago, but is now booming — require longer-than-usual waits. And at all hours of the day, cars pack the main parking spot for Mount Beacon, a popular hiking destination whose rippled hump is a constant sight over steeples and Italianate roofs. 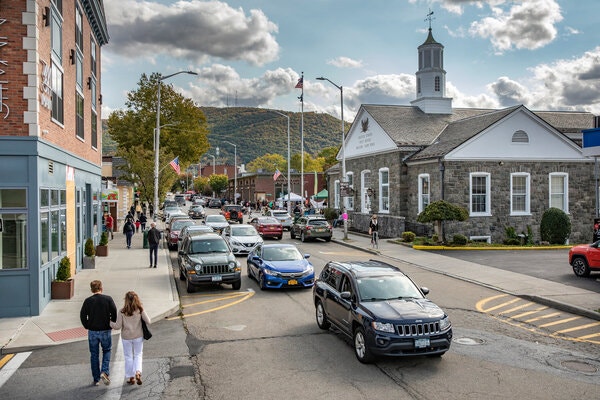 “Seeing mountains all around is inspirational and relaxing,” said Andrew Berlin, 38, a resident of the Washington Heights section of Manhattan, who recently bought a four-bedroom, one-and-a-half-bathroom house in Beacon, built in the late 1800s, for $370,000. “In New York, you stare into your neighbors’ bedrooms.”

Mr. Berlin, an employee of a New York-based marketing firm who has been working remotely since spring, plans to relocate with his wife, Hunter Polese, and their infant son at the end of the year, after renovations are complete. A hiker, biker and snowboarder who indulges his pastimes in the nearby Catskill Mountains, he had been itching to move for a while. Initially, he considered Maplewood, N.J., he said, but it had too many “fields” of similar-looking houses and not enough greenery. In Beacon, Mr. Berlin made an offer on a place a few days before Covid hit, but he lost it, he said, to a fleeing New Yorker able to pay in cash. Inventory then became tight, and he didn’t see another place until June.

But now, he said, “the planets have aligned.”

Despite green edges, Beacon — which packs its ethnically diverse population of 14,000 into small lots — can feel a bit gritty, as might any former mill town in transition. 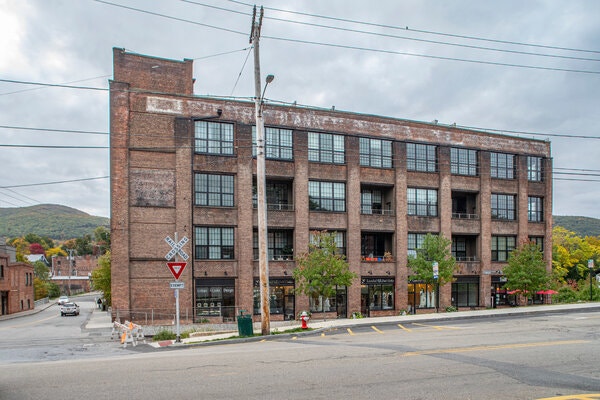 Sixteen sites are on the National Register, including a portion of Main Street near Cross Street that was once the heart of Fishkill-on-the-Hudson, a previous settlement.

The subdivision-style 1980s houses between Main and the Hudson River are the result of earlier urban-renewal efforts that officials are now trying to reverse with projects like the city-style West End Lofts. The development, on Wolcott Avenue, has 72 rental units, 50 of which are set aside for artists, and all of which lease for below-market rents. One-bedrooms start at $715 a month.

Several other multifamily developments are planned, including a 64-unit property on Tioronda Avenue that will tie into the Fishkill Creek Greenway and Heritage Trail, a planned bike path.

But the rapid pace of development, which has bulldozed one-story structures in favor of four-story versions, has irked some residents. An outcry over 344 Main Street, a four-story, 24-unit luxury rental, for instance, led to new height caps. 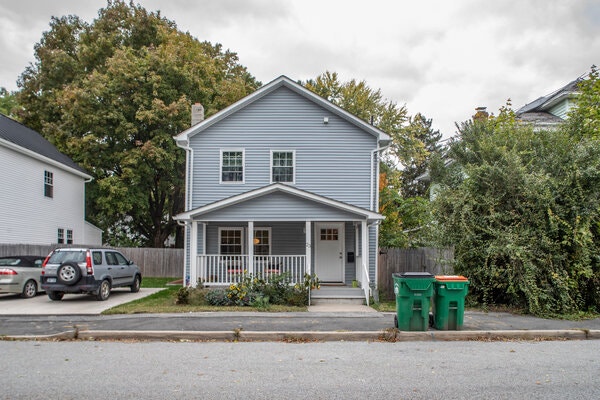 Condos range from older townhouse-style types to snazzy apartment-style versions with granite counters. Two developments facing each other on Main are now being marketed: No. 226, with eight units, and No. 249, with 28.

On Oct. 21, there were 24 single-family houses listed at an average price of $558,000, according to data prepared by Daniel Aubry Realty.

Sales and prices have surged recently, brokers said, roaring back from the pandemic restrictions that reduced showings during the spring and gummed up the market. Between March 15 and mid-October, 56 single-family houses sold for an average of $420,000, according to Daniel Aubry Realty. During the same period last year, 90 such houses sold, at an average of $373,000. 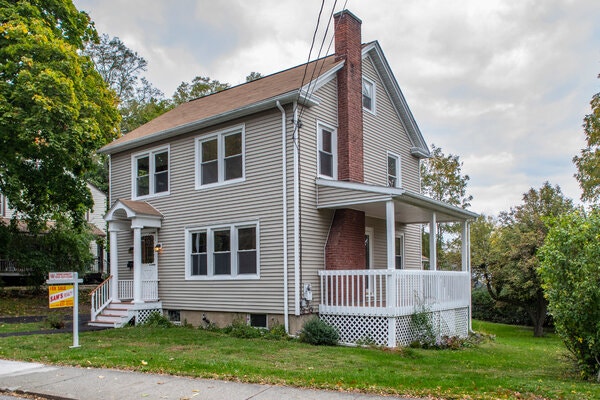 “We’re the busiest we’ve ever been,” said Daniel Aubry, the agency’s owner, who moved to Beacon in 2003. “Plain-Jane rowhouses are getting all-cash offers above ask.”

Rents range from $1,700 to $2,300 a month, according to Zillow, for units in apartment buildings and houses.

Hiking is the new scene, even for those who have never laced up boots, residents say.

Amateurs flock to the flatlands at Dennings Point, where a brickyard, active from 1881 to 1939, helped build Rockefeller Center. Heaps of leftovers spill down banks, giving the Hudson a rosy glow. Nearby is Madam Brett Park, where a boardwalk skirts the ruins of the Tioronda Hat Works near waterfalls.

Dia, a 300,000-square-foot facility in a 1929 former cracker-box factory, is one of the largest modern-art museums in the country, housing works by Dan Flavin, Louise Bourgeois and Richard Serra, among others. Reservations are now required. 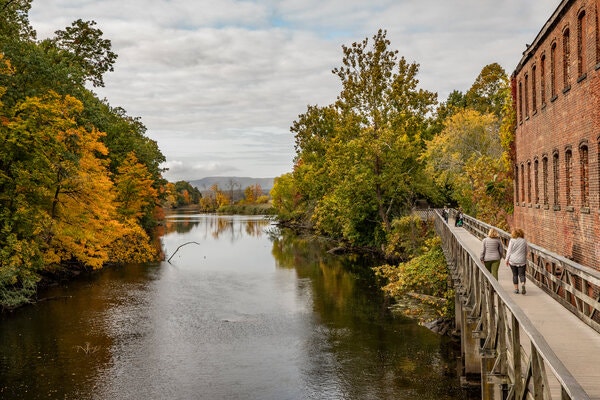 Rombout Middle School, Beacon’s only public middle school, serves more than 660 students in grades six through eight, and Beacon High School has an enrollment of about 940. The high school’s graduation rate was 87 percent in 2019, the most recent year available; statewide, the average rate was 83 percent. On SAT exams in 2020, the average score in evidence-based reading and writing was 545, compared with 528 statewide; the average score in math was 539, compared with 530 statewide.

Metro-North Railroad’s Harlem line stops in Beacon. Six trains depart between 6 a.m. and 10 a.m. on weekday mornings, and the trip to Grand Central Terminal takes about an hour and 40 minutes.

If commuters buy a $388 annual permit, they are guaranteed a parking space. There’s currently no wait list. 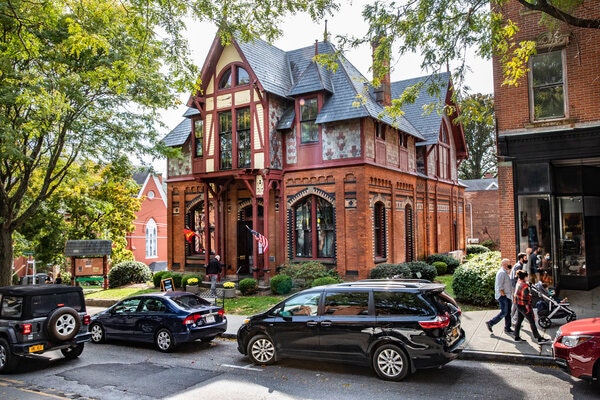 In the spirit of Paul Revere, Revolutionary War soldiers built a 30-foot-tall fireplace-style structure atop Mount Beacon — the highest peak around, at 1,610 feet — to tip off Continental forces about approaching British troops. The plan was to light the wood to send smoke signals far and wide, although there was never a need, according to the Beacon Historical Society.

To commemorate those efforts, New York features the mountain on its state seal. A restaurant and dance hall were built there in the early 1900s, as was a funicular — an inclined railway — whose equipment endures. The railway ceased operating in 1978. The Dutchess Ski Center, a short-lived, 11-trail facility with two chairlifts, operated on the mountain from 1967 to 1975.

Yes, You Can Learn to Speak the Language of Plants