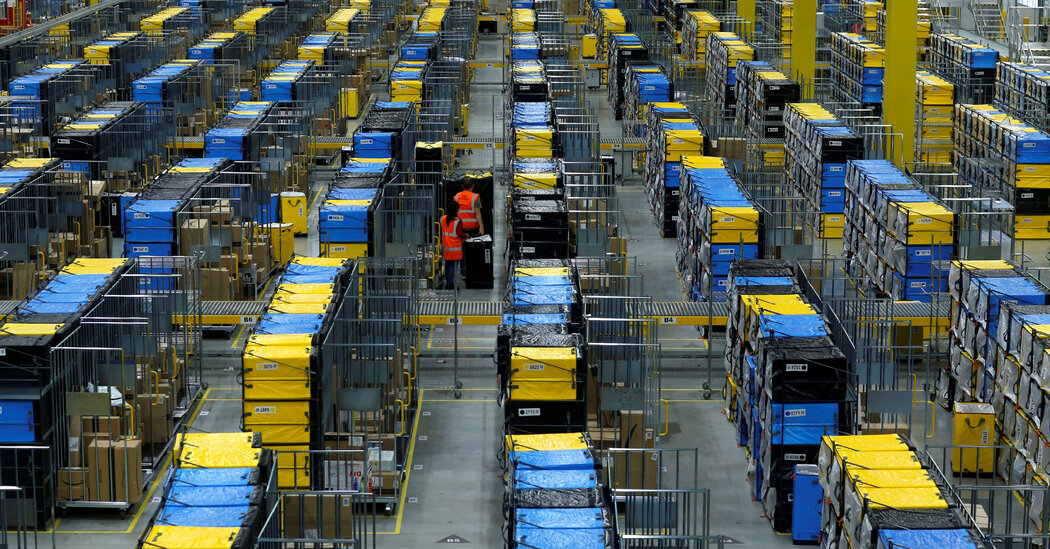 While the rest of the U.S. economy languished earlier this year, the tech industry’s biggest companies seemed immune to the downturn, surging as the country worked, learned and shopped from home.

On Thursday, as the economy is showing signs of improvement, Amazon, Apple, Alphabet and Facebook reported profits that highlighted how a recovery may provide another catalyst to help them generate a level of wealth that hasn’t been seen in a single industry in generations.

With an entrenched audience of users and the financial resources to press their leads in areas like cloud computing, e-commerce and digital advertising, the companies demonstrated again that economic malaise, upstart competitors and feisty antitrust regulators have had little impact on their bottom line.

Amazon reported record sales, and an almost 200 percent rise in profits, as the pandemic accelerated the transition to online shopping. Despite a boycott of its advertising over the summer, Facebook had another blockbuster quarter. Alphabet’s record quarterly net profit was up 59 percent, as marketers plowed money into advertisements for Google search and YouTube. And Apple’s sales rose even though the pandemic forced it to push back the iPhone 12’s release to October, in the current quarter.

“The scene that’s playing out fundamentally is that these tech stalwarts are gaining more market share by the day,” said Dan Ives, managing director of equity research at Wedbush Securities. “It’s ‘A Tale of Two Cities’ for this group of tech companies and everyone else.”

The results were strong despite increasing antitrust scrutiny from regulators. Last week, the Justice Department filed a lawsuit accusing Google of cementing the dominance of its search engine through anticompetitive agreements with device makers and mobile carriers. Facebook faces a possible antitrust case from the Federal Trade Commission.

The companies’ advantages are becoming more pronounced in an economy starting to dig out from the coronavirus pandemic. On Thursday, the Commerce Department said U.S. economic output grew 7.4 percent last quarter, the fastest pace on record, but remained below where it was in the last pre-pandemic quarter.

That slow return to health is also providing momentum to companies that suffered early in the pandemic, like Twitter, which reported on Thursday that revenue rose 14 percent in the third quarter as advertisers started to return. Twitter’s stock dropped about 14 percent in after-hours trading on Thursday, a reaction that analysts attributed to slow user growth.

Big Tech’s third-quarter boom could look modest when compared with the final quarter of the year. For Apple, it’s when consumers buy newly released iPhones. And the year-end shopping peak means lots of customers turning to Amazon for gifts, while advertisers rely on Google and Facebook for digital ads during the holidays.

The pandemic-fueled surge in online shopping pushed Amazon to a record for both sales and profits in the latest quarter.

The quarter did not include the usual boost from Prime Day, Amazon’s yearly deal bonanza, which was delayed to October. And the profit increased during a building boom, with Amazon expanding its fulfillment infrastructure by 50 percent this year. The company added almost 250,000 employees in the quarter.

Amazon said sales could reach $121 billion in the fourth quarter because of the confluence of Prime Day, the holiday shopping season and the turn to online spending.

The delay in the iPhone 12’s release meant Apple would face a tough comparison with the same quarter last year, which included sales of the iPhone 11. As a result, iPhone sales dropped more than 20 percent in the quarter. 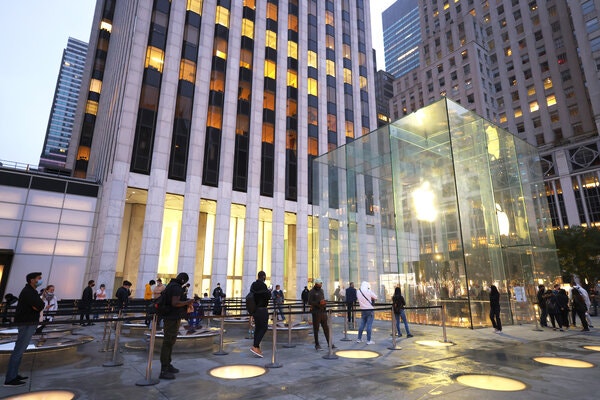 Yet Apple’s overall sales still rose 1 percent to $64.7 billion, showing the increasing strength of other parts of the company’s business.

Apple’s services segment, which includes revenues from the App Store and offerings like Apple Music, increased 16 percent to $14.5 billion. Sales rose 46 percent for iPads, 29 percent for Mac computers and 21 percent for wearables.

Profits fell 7 percent to $12.7 billion, partly because the company spent more on research and development.

“There are lots going on here, and everything is going incredibly well,” Luca Maestri, Apple’s finance chief, said in an interview.

Facebook’s revenue for the third quarter rose 22 percent from a year earlier, to $21.2 billion, while profits jumped 29 percent to $7.84 billion. The results surpassed analysts’ estimates of $19.8 billion in revenue and profits of $5.53 billion, according to data provided by FactSet.

Facebook had strong results despite a wide-ranging boycott by advertisers this summer over issues of hate and toxic speech on the site. Though the grass-roots campaign, Stop Hate for Profit, rallied many of the top advertisers on Facebook to reduce their spending, the overall effects were brief.

When advertisers slowed spending with Google this year as Covid-19 started to spread, Alphabet’s business took a significant hit. But as the economy has improved and businesses found their footing, advertisers have returned.

Alphabet posted a net profit of $11.25 billion in the third quarter as revenue rose 14 percent to $46.1 billion. Ruth Porat, Alphabet’s chief financial officer, said the improved profitability reflected efforts to cut costs during the economic downturn, including a hiring slowdown.