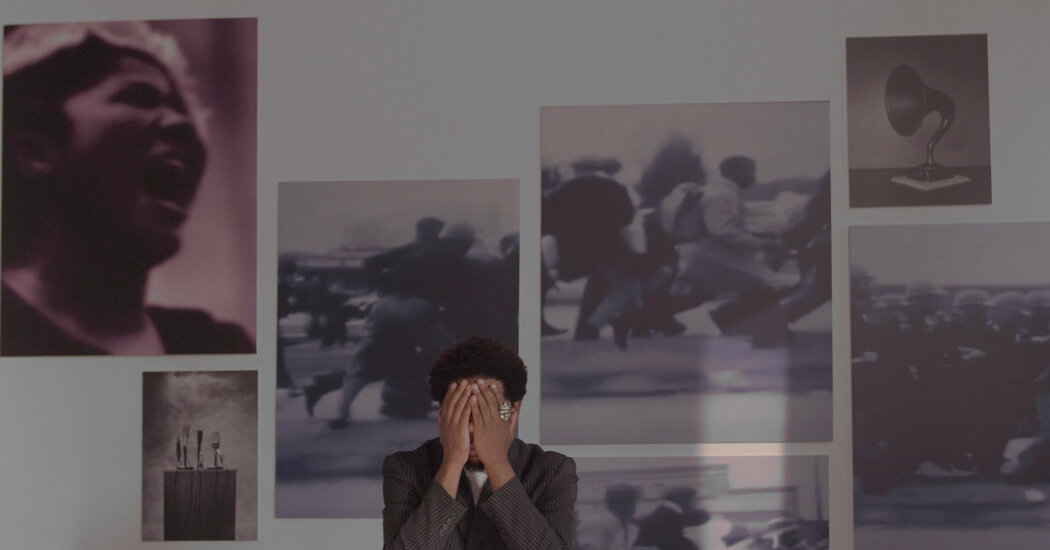 During the last several months, between the scourge of Covid-19 and the spate of Black deaths resulting from police brutality, Blackness has become a concept loaded with fresh injuries. In “The Baptism,” a short, abstract video tribute to Representative John Lewis and the civil rights leader C.T. Vivian, Blackness isn’t divorced from the tragedies but carefully picked apart and examined through an existential lens. The result is a work that is freeing and radical in a way that Black art so often doesn’t get to be.

Commissioned by Lincoln Center, “The Baptism” features a three-part poem written and performed by the poet Carl Hancock Rux, and is directed by the acclaimed visual artist Carrie Mae Weems.

Though it is a memorial to two towering Black civil rights leaders, both of whom died on the same day this year — July 17 — “The Baptism” isn’t interested in particulars. Its style of eulogy is experimental and philosophical. As Mr. Rux reads his poem in the background, the video begins in black and white, with the sight of murmurations — myriad starlings pulsing and transforming into shapes in the sky — then visions of flowers and plants.

Mr. Rux’s piece, a meditative prose poem split into three sections, refers to Lewis and Vivian as “the sharecropper’s son” and “the boy from Booneville,” respectively. There are hints of death everywhere in the piece — a parable about japonica flowers that have “died in the frost,” the withering body, the decomposing tissue of the corpse, the inviting soil. 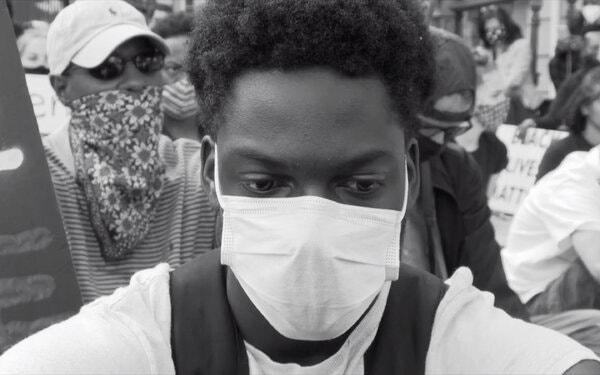 And yet “The Baptism” never feels grim, because in the text and video, Mr. Rux and Ms. Weems subvert these expectations of death and tropes of the dying Black body. When we speak of the Black citizen in America, we’re so often in conversations about the body, and usually a body that is injured or dead or dying: with bullets or with a police officer’s knee on a neck, or, during the civil rights era, with a torrent of water from a “baptism” by fire hoses aimed at protesters, as Ms. Weems herself has captured in her works. The Black body becomes a symbol of racial inequality and injustice.

But not here. “We do not die. We are always becoming,” Mr. Rux says in the voice-over, speaking of blood, membranes, enzymes and bacteria, breaking down the Black body to its elemental parts and considering them individually, as pieces of a larger marvel of nature, while Ms. Weems guides us through images of outdoor scenes. The video then brings us to Mr. Rux himself, sitting at a table (subtly evoking Ms. Weems’s famous “Kitchen Table Series”), reciting the work, intercut with black-and-white archival footage, then more recent color footage, of people simply walking down the street.

“The Baptism” recreates the Black body as the flower, as the field, as the seminal building blocks of life, even as architecture, as when Mr. Rux says, “Every being is a building with music — grace upon grace upon grace.”

Conceptually the piece feels like a cousin to Beyoncé’s recent visual poem, “Black Is King,” which also relished abstraction, drawing from sound and imagery and metaphor to define Blackness positively and holistically. Though plenty of Black movements have touted an essential theme of self-determination in their works — the Black Arts movement, Afrofuturism — it is still novel to have visible artwork that aims to dissect Blackness on an existential level, with lyrical ruminations. Of course, this has long been a hallmark of Ms. Weems’s photo installations, which are contemplative and stunningly poetic in their depictions of Black life. And it’s something white filmmakers have been so comfortable with in movies like “The Tree of Life” or even “Being John Malkovich,” philosophically interrogating humanity and human identity when whiteness is the default.

In an accompanying interview with Ms. Weems, Mr. Rux said he was inspired by figures like Lewis who “found a tongue, a language, a means of articulation, a way of speaking to the universe and through time.” Blackness is also universal — more than the tragedies, more than the images of bodies in the streets. That is part of our unfortunate reality in America, but Blackness also exists outside of that, in realms of abstraction like in the earth, in space, in the sea.

Walt Whitman was famously a poet of transcendental reach, writing himself as part of a universal sense of humanity and nature, fluid in all of its possibilities. “The Baptism” imagines something similar, but grants it to Black people; the most poignant part of the tribute is how it dares to think of Blackness as something transformative and eternal. In one of the final shots of the film, we look at a young Black man sitting still in the middle of a Black Lives Matter protest, mask over his mouth, while Mr. Rux’s voice says, with an emphasis that sounds like gospel, “They are over and over and never die.”

Even Cowboys Get the Blues