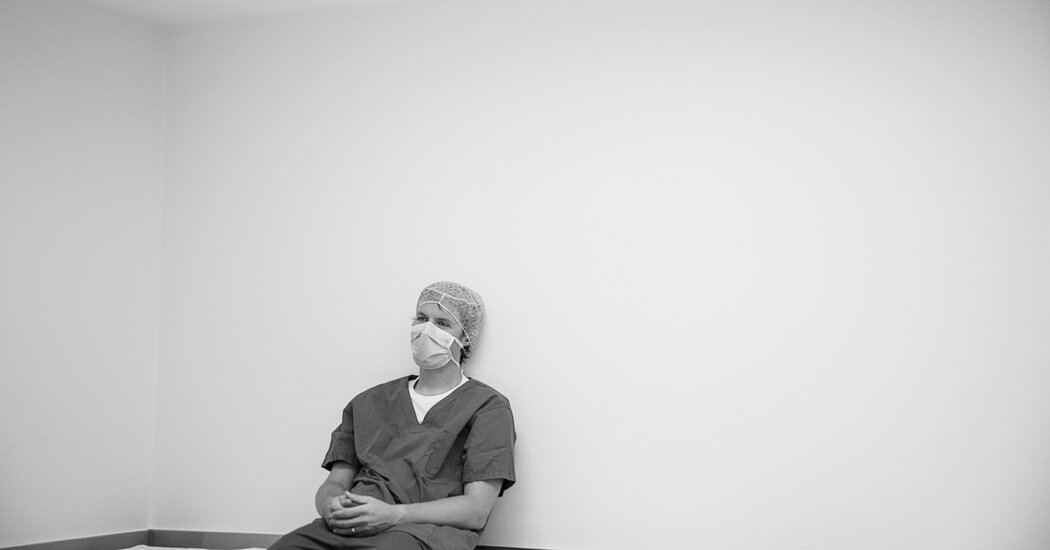 ANN ARBOR, Mich. — As hospitals in much of the country face a surge in patients with Covid-19 and the threat of influenza this fall and winter, we must be on guard against attempts to restrict patient admissions or limit intensive-care capacity. The incentives will certainly be there for hospitals to do so.

During the first Covid-19 surge in the spring, hospitals collectively lost over $200 billion and are on track to lose more than $320 billion overall by the end of the year. Large academic medical centers were forced to forgo lucrative elective procedures as they absorbed high patient loads driven by the coronavirus. But they offer the most severely ill their best shot at survival and must keep their doors open to the sickest patients.

The possibility that some hospitals might seek to exclude patients, particularly those who are poor and vulnerable, was underscored recently by a report in The Wall Street Journal that several large California hospital systems “improperly refused or delayed accepting Covid-19 patients based on their insurance status.” Severely ill patients were left waiting for care, the paper reported, and other hospitals swamped by the virus were stretched.

That was not an isolated example.

In Chicago in May, the pandemic revealed a fragmented and uncoordinated system of transferring patients, according to a report by WBEZ, the public radio station there. Hospitals had “to play a stressful game of ‘who do you know,’ leaning on longstanding relationships to transfer Covid-19 patients,” the station reported. After finding it hard to transfer patients, overwhelmed small hospitals “stopped even trying to send patients,” resigning themselves to making do on their own.

In New York at the height of the pandemic in April, The Times reported, “patients at some community hospitals were three times more likely to die as patients at medical centers in the wealthiest parts of the city.” Doctors at two major New York hospital systems complained about inequities in care between their flagship hospitals and satellite facilities. Nationwide data suggest the same story.

Hospitals don’t need formal exclusion policies to produce inequity. They can simply forgo efforts to attract underserved and seriously ill patients, and allow the inefficiencies and user-hostility of modern health care bureaucracies to do the rest.

Such retrenchment and focusing on traditional, well-insured lines of business might seem financially prudent. But it will kill the most vulnerable among us, who are disproportionately Black and brown.

Covid-19 and influenza can cause severe respiratory failure that is rarely seen otherwise. Patients need minute-to-minute attention for days, sometimes weeks. That care is best delivered at major medical centers, where not only last-ditch miraculous technology that can matter is available, but also all the details of a patient’s care, attended to with skills honed over years of caring for similar patients: making sure the diagnosis is correct, preventing ventilators from further damaging lungs, tweaking medicines to minimize the terrors of delirium, working to keep skin intact and muscles strong, finding and fixing complications, and integrating patients into recovery programs.

This spring, community hospitals in Detroit, 45 miles to the east of us, were in deep distress, so my hospital in Ann Arbor accepted an influx of Detroiters — some of whom lacked health insurance — as transfers. It lightened the load on those urban community hospitals and offered patients in the most peril specialized expertise. It was our moral imperative to do so. Of course, federal law also requires hospitals that participate in Medicare to screen and stabilize patients with emergency medical conditions, regardless of their ability to pay, and to arrange a transfer to another medical facility if the hospital is unable to care for a patient.

But I worry whether hospitals like mine will continue to reach out to those communities if the financial pressures of the pandemic reassert themselves.

Large medical centers sometimes talk about focusing on their “own communities” — and they often mean either well-insured nearby white patients or those with diseases whose treatments are well reimbursed by insurance. Unfortunately, such focus devalues the lives of poor people and Black people in the same metropolitan area. There are deep links between race, insurance and neighborhood affluence in the United States.

As Eddie S. Glaude Jr. of Princeton has argued, the “value gap” — the belief that white people matter more than others — is at the center of contemporary American racism. We can’t allow our academic medical centers to reinforce systemic racism, even if that is no one’s intention.

We know that respiratory-failure patients cared for at large academic hospitals are much more likely to survive. These hospitals need to improve, and publicly commit to, protocols with small community hospitals, and not just those they own, for early and safe transfers of patients with presumed viral respiratory failure. This approach would be like the “we’ll say yes” policies these big hospitals already have for accepting patients with acute heart attacks, strokes and rare cancers, and potential liver transplant patients.

If these hospitals are serious about valuing Black and brown lives, they will build new connections to communities of color that lack medical resources. Big academic hospitals have proved they can double — even quadruple — intensive-care capacity when a crisis warrants. We cannot let them fail to do so now.

Prioritizing transfers to these medical centers from smaller hospitals must happen now, before the looming crisis hits. This may require these big hospitals to reassign clinicians and beds away from lucrative procedures or scientific research to urgent respiratory care.

If large academic hospitals commit to saving the lives of respiratory-failure patients with Covid-19 and the flu, it will be messy, and expensive. If hospitals really want to demonstrate a commitment to valuing Black lives, as many say they do, they must revisit their definition of “community” and risk budgets’ sliding deeper into the red again. It will mean additional help from the federal government. Building new priorities will need to be part of our daily work and our yearly plans. It will be part of every mundane form and difficult decision. And it should be.

Competing, not coordinating, has been a core philosophy of health care economics in the United States. But coordinating transfers could save thousands of lives in a year when so many have died already.

Theodore J. Iwashyna is a professor of internal medicine at the University of Michigan.

Tags
Can Care Covıd-19 Some Transfer

Biden Hopes to Fight Autocracy Abroad. He’ll Have to Start at Home.