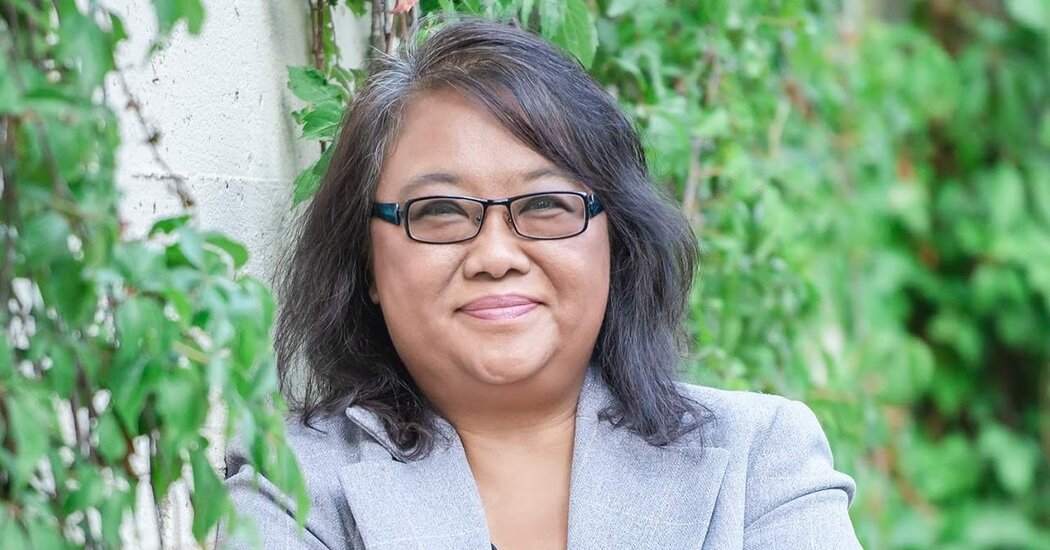 This obituary is part of a series about people who have died in the coronavirus pandemic. Read about others here.

When the Laotian government fell to the Communists in 1975, Choua Yang, who was 9, fled with her family across the border to Thailand. Three years later the family was granted asylum in the United States.

Young Choua would grow up to become an educator, helping other Hmong immigrants balance the cultures of their native land and their adopted home. She and her husband, also a Hmong refugee, founded Prairie Seeds Academy in Minneapolis, a charter school centered on Hmong language, culture and heritage; she would receive national recognition as its longtime principal.

In leading Prairie Seeds, she sometimes drew on her personal story of surviving a civil war, a story that included time in a refugee camp.

“She had seen conflict,” said Brody Derks, an education leader at Prairie Seeds, “and she really wanted this school to be a place where students could learn in a peaceful environment.”

The cause was Covid-19, said her daughter, Crystal Vang. Ms. Yang was among a number of Hmong educators in the Twin Cities to have died of the virus, including Marny Xiong, the chair of St. Paul’s school board.

Warm and soft-spoken, Ms. Yang fostered a community where staff members were treated like family and put at ease with her humor.

“If you were to see her, you would hug her, smile and then laugh,” said Kita Her, the school’s chief academic officer. Ms. Yang’s office was described by colleagues as a revolving door of people seeking mentorship and counseling. Occasionally she soothed a crying student.

Choua Lee was born on Oct. 30, 1966, in Laos, the third of six children born to Phomma Lee, who was Laotian, and Pheng Lee, who was Hmong. (As was the custom then, Mr. Lee had a second wife, with whom he had three children.) Her father was a battalion chief as well as an educator who had built the region’s first one-room schoolhouse.

In 1969 the family moved to Long Tieng, the mountain air base for the Central Intelligence Agency’s secret efforts to ward off a Communist takeover. Mr. Lee, who was named a major in 1974, served alongside the famous and charismatic Gen. Vang Pao, fighting in the C.I.A.-backed guerrilla army of mostly Hmong tribespeople.

Choua would sit in the trunk of her father’s military jeep, her legs dangling out the back as he shuttled over pockmarked roads to rally fellow Hmong against the Communist insurgency.

In 1975 Mr. Lee’s family fled to the Nong Khai refugee camp in Thailand. In 1978 they joined the more than 115,000 Hmong refugees to be granted asylum in the U.S. over the decades.

Ms. Yang graduated from Henninger High School in Syracuse in 1985, earned her bachelor’s degree in education from the University of Wisconsin-Stout in 1995, and in 1998 obtained her first of three master’s degrees, in K-12 curriculum. Her other master’s degrees were in bilingual education and educational administration.

In 1984 she met Cha Ger Yang, a Hmong refugee who was an educator and lived in Pennsylvania. They married the next year. The Yangs moved to the Twin Cities area, home to one of the country’s largest Hmong communities.

Ms. Yang began her career in 1996. She would work in the public schools as a bilingual social studies teacher, Hmong literacy teacher, project coordinator, assistant principal, principal and director of English-language learning for Minneapolis schools.

In 2004, as the charter school movement was empowering the Hmong diaspora to pursue their own vision for education, the Yangs founded Prairie Seeds Academy. The school initially offered education from kindergarten through eighth grade, but later expanded to include high school courses and moved to Brooklyn Park, a northern suburb. Today it has about 800 students.

Ms. Yang was principal from 2008 to 2020, and her husband served as chief executive. In July she was named successor to her husband, who retired. Later that summer, the Yangs both tested positive for Covid-19. Mr. Yang recovered.

In addition to her husband, Ms. Yang is survived by five children, 14 grandchildren, and eight siblings and half-siblings.

Bao Vang, president of the nonprofit Hmong American Partnership, who worked with Ms. Yang from 2017 to 2020, called the Yangs educational pioneers.

Tags
Education See She Who

How Virus Politics Divided a Conservative Town in Wisconsin’s North

Jimmy Orr, a Favorite Target of the Colts’ Unitas, Dies at 85