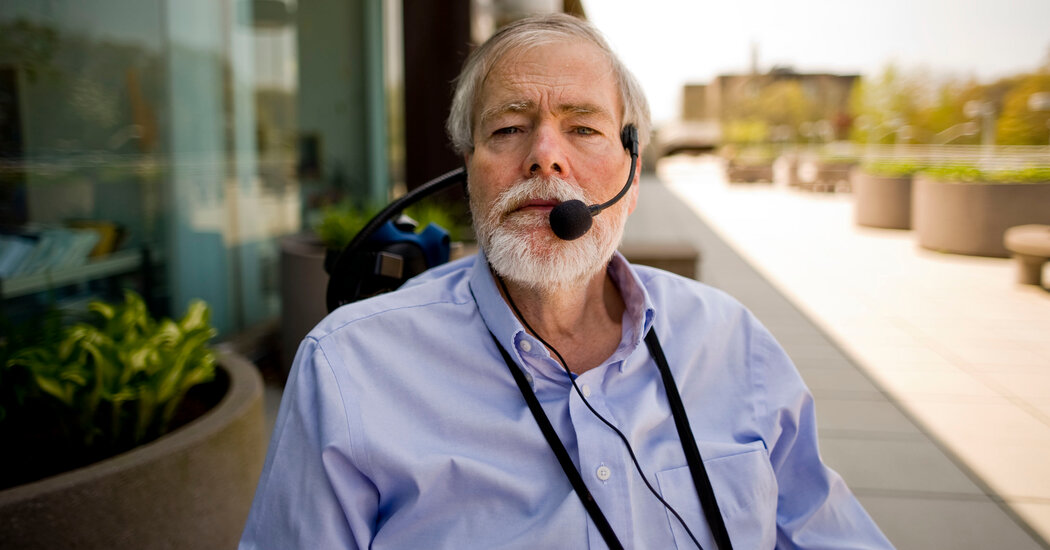 Chris Pendergast, a Long Island teacher who defied the odds by surviving 27 years with Lou Gehrig’s disease, leading marathon “rides for life” for hundreds of miles from his motorized wheelchair to publicize the plight of fellow patients and raise $10 million for research, died on Oct. 14 at his home in Miller Place, N.Y. He was 71.

His wife, Christine Pendergast, said the cause was complications of amyotrophic lateral sclerosis, the medical term for the disease that ended the career of Gehrig, the Yankee first baseman who, after playing in 2,130 consecutive games, proclaimed himself “the luckiest man on the face of the earth.” Gehrig died two years later at 38.

Mr. Pendergast was a 44-year-old teacher of gifted students at Dickinson Avenue elementary school in East Northport, on Long Island, when his eyes and hands began twitching and he started getting muscle spasms. On Oct. 13, 1993, he received the diagnosis: He had A.L.S., a degenerative disease, which diminishes muscle function and eventually the ability to breathe.

The prognosis: He had three to five years to live.

But Mr. Pendergast proved to be indomitable. He recast himself as the disease’s self-described squeaky wheel — “Since there’s no surviving constituency for A.L.S., there’s no squeaky wheel,” he told The New York Times in 2008.

He founded the A.L.S. Ride for Life in 1997. The following year it mounted a 350-mile, two-week cavalcade from Yankee Stadium in the Bronx to Washington, with Mr. Pendergast leading it from his wheelchair. Subsequent annual rides went from Long Island’s East End to Manhattan with a small group of fellow patients.

“We are dying men riding for life,” he told The Baltimore Sun in 2000.

The rides and other events raised some $10 million to establish the Christopher Pendergast A.L.S. Center of Excellence at Stony Brook University on Long Island. 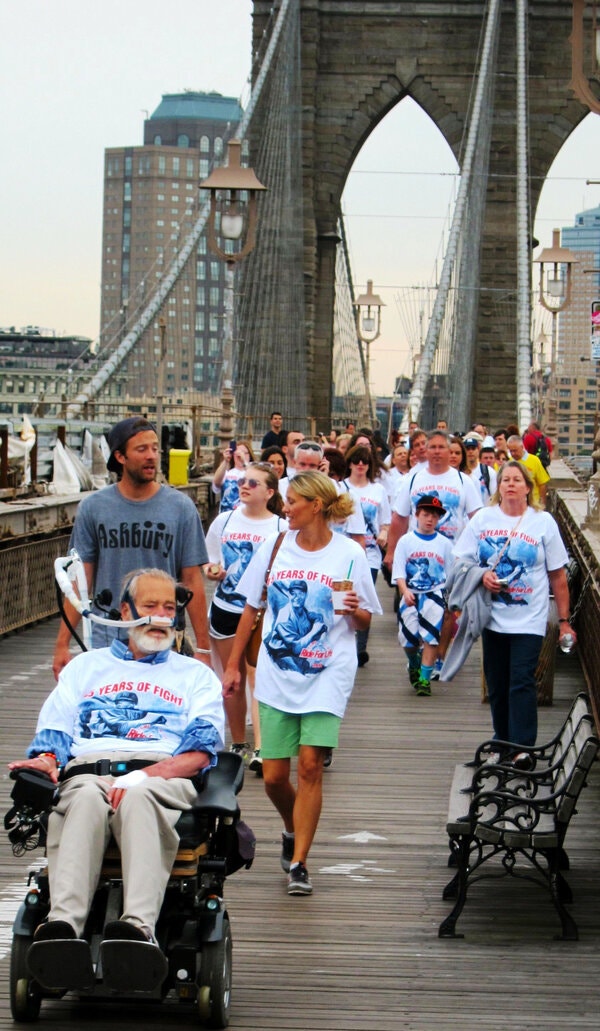 Christopher Kevin Pendergast was born on April 28, 1949 in Queens, the son of Thomas and Marie (Dunn) Pendergast.

After graduating from Mercy High School in Riverhead, on the East End, he received a bachelor’s degree from the State University of New York at Fredonia in secondary school education and a master’s degree from Stony Brook. He began teaching in East Northport in 1970.

In addition to his wife, Christine (Martin) Pendergast, a past president of the Port Jefferson Station Teachers Association on Long Island, he is survived by a son, Christopher, who is known as Buddy; a daughter, Melissa Scriven; and a grandson.

Mr. Pendergast and his wife chronicled the family’s collaborative effort to confront A.L.S. in a book, “Blink Spoken Here: Tales From a Journey to Within,” which was published this year. The title comes from the eye-tracker computer that uses infrared light to substitute for oral speech when patients lose their voice.

After retiring from teaching in 2003, Mr. Pendergast often made public appearances, including a visit to Northport High School last February, to extol the power of perseverance when confronting adversity.

In 2005, when he spoke to elementary students at a school on East 103rd Street in Manhattan, across from Gehrig’s birthplace, “you could hear a pin drop,” Christine Pendergast said.

Gehrig, Mr. Pendergast told The Times in 2009, “taught me that the human spirit can transcend any affliction. I am now a quadriplegic, using a feeding tube and an external ventilator for part of the day. But with Lou as a model, I still feel I have an awful lot to live for.”

In the foreword to the Pendergasts’ book, Jonathan Eig, the author of “Luckiest Man: The Life and Death of Lou Gehrig” (2005), writes, “Chris shows he is a worthy heir to the Lou Gehrig line.”

Echoing Gehrig, Mr. Pendergast insisted that he was lucky in his own way.

“There’s no doubt that being involved actively in fighting the disease in this form is life-lengthening,” he said in 2005. “We can’t undergo chemotherapy or invasive types of surgical procedures to allow us to fight back against the disease, so we have a choice of laying down and doing nothing and allowing the disease to steamroll right over us, or to fight back with spirit and get involved.”

“That is our only medicine,” he added.