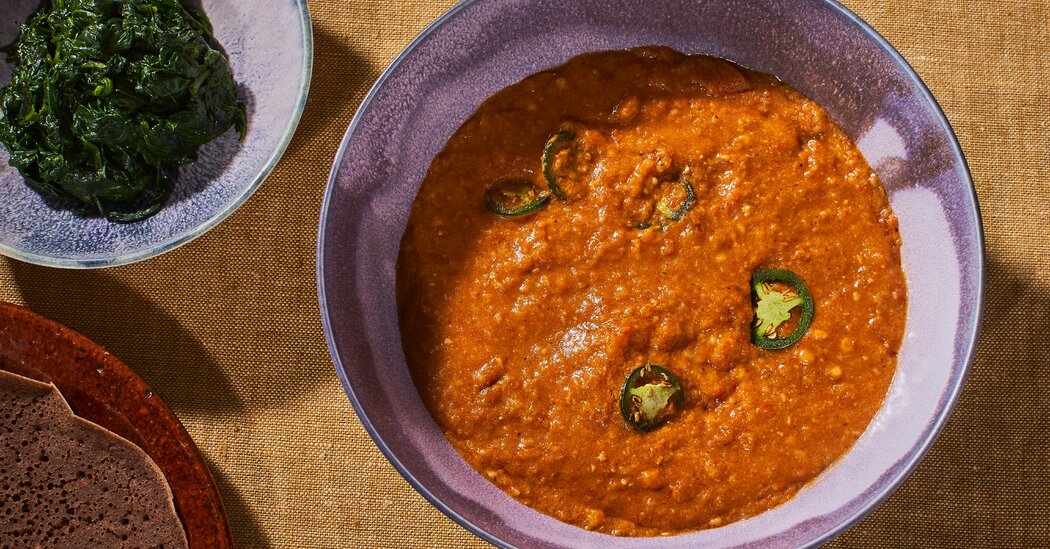 Years before I ever stepped foot in Rome or the Chianti Valley, I traveled there by reading cookbooks. I pored through Ada Boni’s “Italian Regional Cooking,” committing pictures to memory so that one day I might, say, set up my own wood-fired rotisserie and prepare three different types of fowl at once, too. I learned from the photos in midcentury cookbooks how fresh anchovies and piles of sunbaked sea salt are harvested in Sicily. When I read “Honey From a Weed,” I sopped up the flavors of Patience Gray’s tales of cooking off the land while chasing marble across the Mediterranean with her sculptor beau. From a handful of single-subject books I still treasure, I spent hours learning about the regional differences in pasta sauces and the individual histories of dozens, if not hundreds, of pasta shapes I hoped to one day taste. I grew to love the hot-blooded, tradition-protecting Italian culinary sensibility I got to know through these books — so much so that I learned the language and eventually moved to the country.

In this moment, I find the kind of escape that cookbooks offer to be especially welcome. But what has occurred to me in the last several years — and what feels particularly acute right now — is how unevenly represented different parts of the world are on my shelves. About five years ago, I made a commitment to expand my cookbook library beyond its largely Western-focused canon. But it has proved to be a more difficult endeavor than I expected — I can’t buy what isn’t being published. Don’t get me wrong. I’ve found some incredible resources, including Archana Pidathala’s “Five Morsels of Love,” which transported me straight into her grandmother’s kitchen in the South Indian state of Andhra Pradesh. But by and large, while new French and Italian cookbooks are still being published each year, it’s hard to find authoritative cookbooks written by authors who are deeply familiar with the cuisines of countries that Americans don’t typically visit on summer vacation.

So when I first heard that a book focusing on the recipes of grandmothers from eight African countries was being published this year, I begged for an advance copy. I’ve spent the last few months with “In Bibi’s Kitchen,” by Hawa Hassan, trying to get a sense for the cooking, culture and atmosphere of each African country represented. By far, my favorite thing about the book, which the Somali-born Hassan wrote with Julia Turshen, is the detailed portrait that emerges of each bibi — Swahili for grandmother — through photos and an in-depth interview, along with a few of her recipes. They are all proud women. Some are irreverent, some are shy, some are hilarious, but all of them are honored to represent their families and their cultures.

One of my favorite interviews is with Ghennet Tesfamicael, a preschool teacher in Yonkers originally from Eritrea who champions shiro, a simple ground-chickpea stew. “It’s the most loved and appreciated dish by the Eritrean people,” she tells Hassan in the book. “And it’s easy.” According to Tesfamicael, in Eritrea, shiro powder, a mixture of ground chickpeas, garlic, onion and spices, is a staple in every kitchen. Across the country, shiro is an important source of protein for people who can’t afford meat, but others improvise with the powder, sprinkling it atop food as a seasoning, using it as a base for soup or even as a sauce for spaghetti.

Tesfamicael’s enthusiasm for shiro inspired me to prepare the dish, which I might have otherwise overlooked. Though I was concerned about finding shiro powder, the recipe cleverly suggests replacing it with chickpea flour and a homemade blend of berbere spice. I toasted and ground chiles and warm spices including cardamom, cinnamon and ginger to make the berbere, which I then simmered with a base of puréed onion, garlic and tomatoes. I stirred in chickpea flour and water, and cooked the mixture, now the color and texture of a thick butternut squash soup, until it no longer tasted raw. Then I added sliced jalapeños, sautéed a pile of spinach with garlic and made myself a plate.

As I sat down to eat, I grabbed my laptop, curious to search for “shiro.” I was dismayed, if not surprised, to find that the top result was written by a white food blogger from San Diego, and a bunch of others were based on that. But looking up the recipe online was almost beside the point. It wouldn’t have occurred to me to try my hand at shiro had I not read about it in detail in “In Bibi’s Kitchen.” Now I was enjoying scooping up bites with the fresh injera I’d bought that morning.

The best cookbooks are so much more than recipe collections — they’re oral histories, documentaries, time capsules, love letters, geopolitical texts, nature guides. And we, as readers, deserve to see more of them from more parts of the world, written by the people whose stories they tell. I’m convinced that it’s how we’ll become better cooks. At the very least, we’ll get to travel a bit.

The Murder Hornet Hunters of Paris