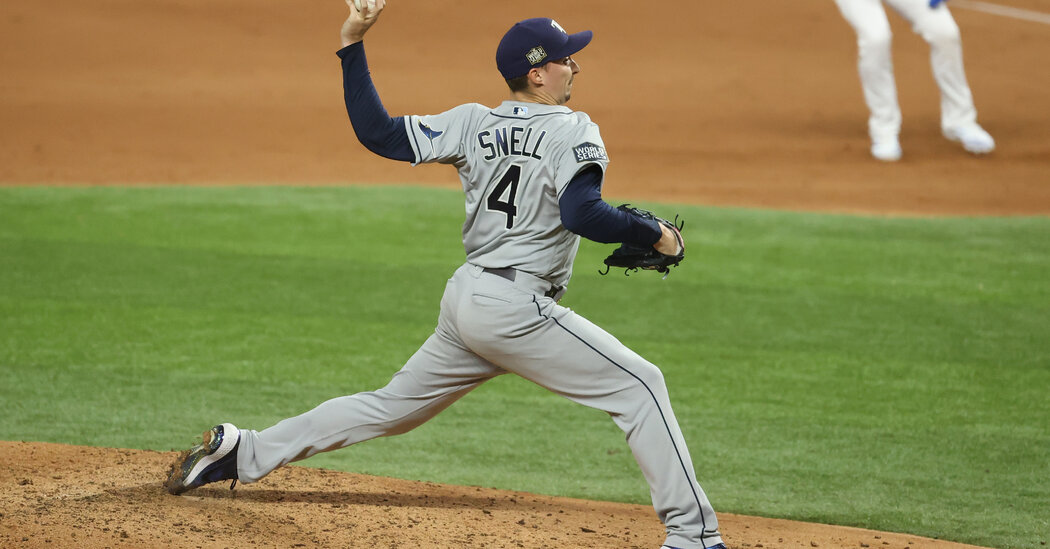 The Tampa Bay Rays, with the third-lowest payroll in Major League Baseball this year, have plenty of players who are not household names. How many people outside Tampa could spot Brandon Lowe walking down a street, or pick out Joey Wendle at the mall?

So perhaps it is fitting that a relief pitcher named Ryan Thompson, who was largely unknown even in the baseball world before he became a rookie at age 28 this year, made the keynote address for the club on Monday.

Thompson said that when the Rays gathered for their first spring training session in February, their expectation was to win the World Series, and now, despite facing the prospect of elimination in Game 6 on Tuesday in Arlington, Texas, that standard still holds.

“And to go even further,” he said, “We expect to win this thing. We believe we can win these next two games and we will.”

So, no, despite a three-games-to-two deficit against one of the most talented — and expensive — teams in baseball, the Rays have not lost any of their confidence or resiliency. They have been described as pesky little puppies who refuse to go away, or gnats, buzzing persistently about the heads of the mighty Los Angeles Dodgers.

But survival, at this point, will require more than just persistence. Rays Manager Kevin Cash promised that the team’s pitching strategy for Game 6 would be far more aggressive than it had been thus far, as he asks those nibbling gnats to behave more like murder hornets.

“We haven’t done ourselves any favors by really just saying, ‘Attack, attack, attack,’” Cash said from the team’s hotel on Monday. He added: “We’re going to get aggressive tomorrow.”

In too many of Tampa Bay’s starts, Cash lamented, his pitchers have allowed the patient Dodgers hitters to get into favorable counts: strikes have been followed by balls, then a strike, then another ball, allowing the batters to examine more and more pitches — their location, movement and speed — and deploy that information in later at-bats.

So Cash will ask Blake Snell, the 2018 American League Cy Young Award winner, to change that pattern when he takes the ball to start Game 6 at Globe Life Field, the Texas Rangers’ home ballpark serving as the neutral site for the series.

“I’d say we wouldn’t want anybody else out there on the mound more than him,” said Austin Meadows, the Rays’ right fielder and designated hitter.

The Rays are not on unfamiliar ground, having already won two elimination games in this postseason. They beat the Yankees in Game 5 of their division series and then beat the Astros in Game 7 of the American League Championship Series, both in San Diego. All of it provides the Rays with the comfort of knowing they can handle the pressure. That may not, however, apply to the manager himself.

“Probably not that much,” Cash said, “because I’ll be pretty stressed out.”

It was a fair admission for a manager who believes that, despite early predictions of an easy Los Angeles victory, the Rays could have played even better in the series — and yet they are still only one win from tying it up and forcing a Game 7, with their ace on the mound.

Part of the problem, Cash noted, is that the Rays seem to be playing from behind most of the time. They have taken the first lead of a game only once in the series, in Game 2. In the first three innings of Games 3, 4 and 5, the Dodgers outscored the Rays by a combined tally of 8-2. That has limited the Rays’ ability to adhere to their original game plan.

“It just hasn’t happened yet because they are up 1, 2, or 3 to nothing by the second or third inning every night, it feels like,” Cash said.

But during Game 1, which Los Angeles won, 8-3, Snell sat on the bench and observed how important it was to go after the Dodgers in the strike zone, to get them to swing and miss at strikes, because they would not chase balls. 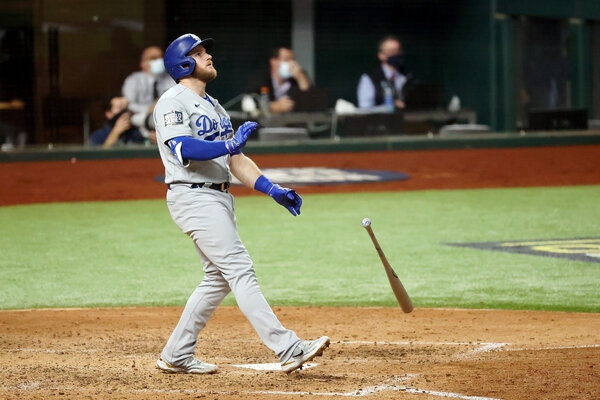 Snell applied those lessons in Game 2, a 6-4 Rays win, and now he will attempt the same in Game 6.

Cash said he has a good feeling about the attitude of the team, based on some positive comments he heard in the clubhouse after the Game 5 loss. Monday’s off-day activities included sitting outside by the fire pits on the deck of a hotel lounge, where Cash predicted the conversations would be centered on baseball.

Thompson, the rookie pitcher, said the Rays players enjoy a genuine brotherhood that would serve them well as they face their daunting task on Tuesday. Their camaraderie, he claimed, is as much a part of their success as any tactical aspect of the game, as hard as that may be to quantify.

Tags
Game Not Series Who Win

Rallies Are the Core of Trump’s Campaign, and a Font of Lies and Misinformation

With Title in Sight, the Dodgers Are Armed and Ready to Get Creative