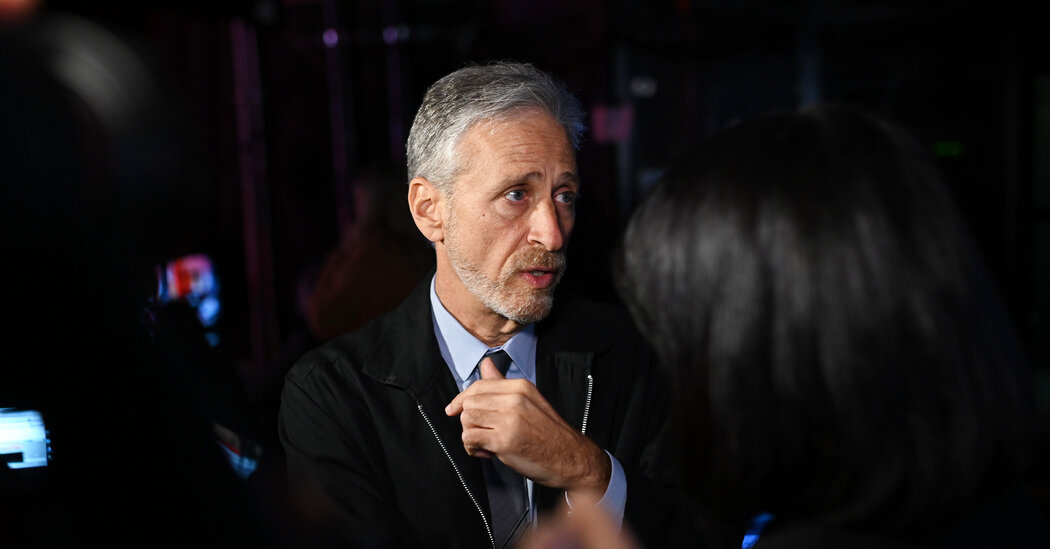 After five years out of the TV spotlight, Jon Stewart will have his own show again.

The former anchor of “The Daily Show” has reached a deal to host a current affairs series for Apple TV+, the company announced on Tuesday.

Apple TV+ said it had ordered the series for multiple seasons. It will feature one-hour episodes, each dedicated to a single topic. Apple did not describe the format — whether it would be an interview series or something closer to John Oliver’s weekly HBO series — or specify how many episodes it would have per season. Apple did not set a premiere date, either.

But Apple did say that Mr. Stewart’s new show “will explore topics that are currently part of the national conversation and his advocacy work.” Mr. Stewart has been outspoken about the September 11th Victim Compensation Fund, for instance.

Mr. Stewart left Comedy Central’s “The Daily Show” in 2015 after a deliriously successful run that started in 1999. His version of the show won the Emmy for best talk or variety series 11 times. In the years since he left, he has returned to television sporadically with appearances on Stephen Colbert’s CBS late night show (Mr. Stewart is a producer on that series).

Mr. Stewart has been off the air for almost the entirety of President Trump’s improbable political rise (his final episode of “The Daily Show” taped a few hours before Mr. Trump’s debut at the first Republican debate in August 2015). In the time since, late night has been reshaped and has benefited from anti-Trump point of view.

Trevor Noah has successfully put his own imprint on “The Daily Show.” Mr. Colbert is the most-viewed host in late night. And Mr. Oliver’s “Last Week Tonight” has won the Emmy for best talk show for five consecutive years.

Mr. Stewart had previously made a deal with HBO in 2015 to make a topical animated series that never came to fruition. Eighteen months into his deal with HBO, the network said there “technical issues in terms of production and distribution that proved too difficult.”

The Apple TV+ show will be produced by Mr. Stewart’s Busboy Productions, as well as Richard Plepler’s Eden Productions. Mr. Plepler, who was chief executive of HBO when the network made Mr. Stewart’s deal, has had a production deal with Apple TV+ since late last year. Mr. Stewart’s longtime manager, James Dixon, will also be a producer on his series.

Keith Raniere, Leader of Nxivm Sex Cult, Is Sentenced to 120 Years in Prison