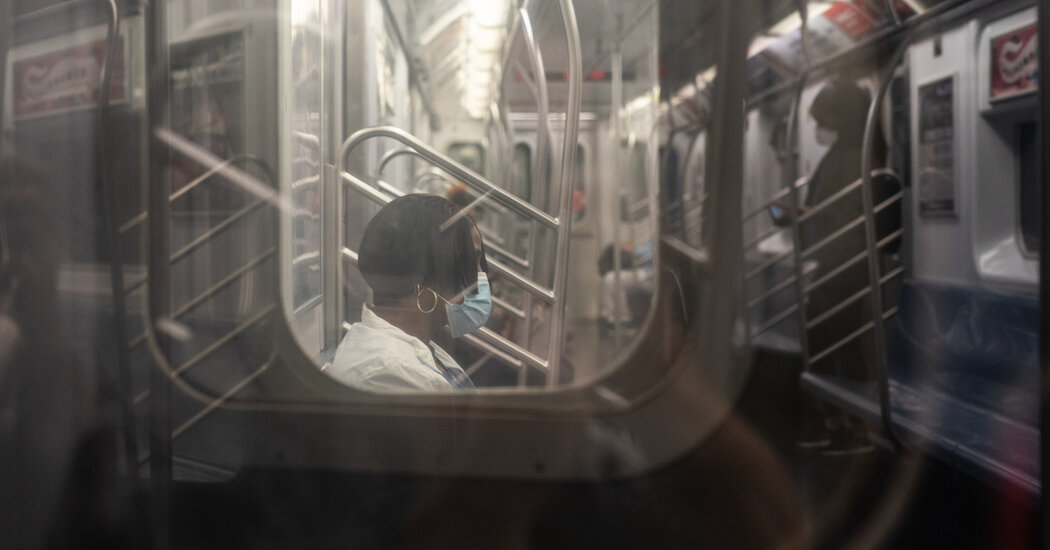 You can make a lot of money betting on government bailouts.

Swooping in to buy the dirt-cheap stocks and bonds of troubled entities is a time-honored — and profitable — tactic throughout the investing world. When deep-pocketed public saviors come forward, such a wager can pay off handsomely.

Given the vital role it plays in the economy of the nation’s largest city, the Metropolitan Transportation Authority, which runs New York’s subway, bus and commuter rail system, is a likely candidate for a lifesaving infusion of government cash.

“It’s very explicitly too big to fail,”said Matt Fabian, a partner at the research firm Municipal Market Analytics who has been pitching M.T.A. debt to his clients.

The agency was dealing with high costs even before the pandemic, and the beating the coronavirus has given its finances has raised the possibility of deep service cuts. That economic pressure is translating into low bond prices and some of highest — and therefore most tantalizing — yields available to investors anywhere in the bond markets.

Investors who buy 10-year M.T.A. bonds right now — the agency was expected to issue around $258 million more in debt on Thursday — are capturing a yield of about 4 percent. That’s roughly three percentage points more in annual interest than they would get buying the safest long-term municipal debt. It also trounces the yields of other major transit systems, which hover around 1 percent.

If it were a for-profit corporation, the M.T.A. would most likely be heading for bankruptcy. Its budget deficit has exploded, and last week Fitch downgraded the agency’s bond rating, citing weak ridership and revenue outlook.

But the M.T.A. is a quasi-governmental body — technically a public benefit corporation, formed in 1968 — that’s deeply entwined with the economic health of the region. That means its risk of default is almost infinitesimal, investors and analysts say.

There’s another reason to like these bonds: federal and state tax exemptions on municipal debt. To match the after-tax return on M.T.A. bonds without taking on a lot more risk, analysts say, investors would need to find relatively safe corporate bonds yielding almost 9 percent — all but nonexistent nowadays.

Len Templeton, president of Templeton Financial Services in Chandler, Ariz., has allocated roughly 5 percent of his client assets to the securities issued by the M.T.A. He said he couldn’t imagine the agency’s being allowed to default.

“I mean, how could you not think they should have public transportation in a city like New York?” asked Mr. Templeton, who manages some $425 million in client assets in bond funds. “And how can the city survive and do what it needs to do without it?”

Even Fitch, in downgrading the agency’s rating to A– from A+, said the M.T.A. continued to have “the highest strategic and economic importance” and would continue to benefit from government support.

Mark Paris, who manages New York and national municipal bond funds for the asset management firm Invesco, said M.T.A. bonds were “definitely a great place to get some yield.” He has been adding them to his holdings, but warned of violent swings in their prices as the agency struggles to stabilize itself over the next few years.

“Is there going to be volatility?” he said. “Yes.”

In fact, there already has been quite a bit. Prices for M.T.A. bonds are normally quite stable, but as the virus gripped New York in March and April, they plunged more than 20 percent and sent yields shooting up.

In normal times, the M.T.A.’s massive ridership is a stabilizing force: Subway, commuter train and bus fares, as well as bridge and tunnel tolls, matched 50 percent of the operating costs in 2019.

“It’s a strength because it reduces their reliance on statewide and citywide politics,” Mr. Fabian said.

That strength disappeared with the arrival of the pandemic. Subway ridership — averaging around 5.5 million on weekdays last year — collapsed more than 90 percent as a result of widespread shutdowns intended to limit the spread of the virus, which was killing more than 500 people a day in the city. Even with infection rates well down from their peak, subway ridership is still 70 percent below last year’s level.

And that means the M.T.A. needs money — badly. Before the pandemic, the agency projected an estimated surplus of $270 million for 2021. Now? It is projecting a deficit of roughly $5.8 billion. Its annual deficit is expected to add up to about $16 billion by 2024.

While investors and analysts expect that financial help will materialize, exactly where it will come from and when it will arrive aren’t clear.

The agency, which already received $4 billion under the CARES Act, is asking for some $12 billion in emergency aid from the federal government to make it through next year. But talks in Washington have been stuck in neutral from months.

If Democrats capture both the White House and the Senate next week, most observers predict the federal government will come through with more help. But even if Republicans retain control in Washington, that won’t be the end of the line for the M.T.A. Rather, investors believe that would just force the state to cough up the money the agency needed.

“The expectation is the State of New York can and will support the M.T.A. if additional federal moneys aren’t forthcoming,” said Howard Cure, director of municipal bond research at Evercore Wealth Management in New York.

There’s a simple reason: New York City is the economic engine of the state, providing nearly half its jobs. By itself, Wall Street — the securities industry centered in Manhattan — accounts for roughly 17 percent of the state’s tax revenues. The state simply can’t afford not to keep the M.T.A. running and New York City functioning.

Analysts at credit ratings agencies are already beginning to factor in the financial toll that additional support from Albany could take on the state. Moody’s analysts downgraded New York State’s bond rating this month, noting the “state assistance in various forms” that the M.T.A. will require even though the state has reduced financial resources.

So if a bailout is such a sure thing, why haven’t people rushed to buy the M.T.A.’s bonds?

In part, the answer has to do with some of the idiosyncrasies of the market for municipal bonds: how heavily such bonds are traded, and by whom.

At roughly $4 trillion, the market is relatively small, with most bonds traded irregularly. Its prices might not accurately capture information as quickly as prices in some other markets. And it’s dominated by affluent individuals who buy municipal bonds for their safety and tax benefits. Such investors are easily turned off by noisy and negative headlines, advisers said.

That can cause wealth managers to steer clear — despite attractive yields — simply to avoid the risk of aggravating clients.

“Holding an M.T.A. bond now, versus not holding one, means triple or double the number of conversations with an angry dentist from Long Island,” Mr. Fabian said. “There’s a cost to that.”

You Want to Talk French Tennis? Start With the Four Musketeers