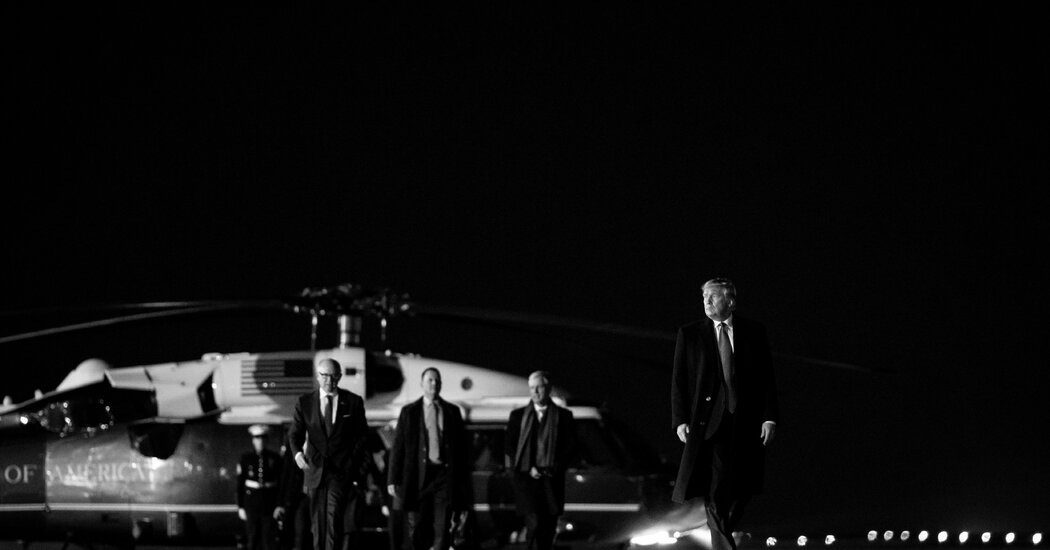 Tuesday’s election will be seen globally as a referendum on the durability of democracy. If American democracy, long a beacon, cannot self-correct, then all democracies are at risk. European nations have watched with alarm as President Trump has set about undermining American democracy while attacking the very foundations — the European Union and NATO — that allowed war-torn Europe to become whole, democratic and free.

The Oval Office was once the focal point of the respect the United States commanded around the world; no longer. It has become impossible for democracies today to believe it is in their national interest to take Trump’s America seriously. With this president, there are simply too many petulant reversals of course. The presidency and dishonesty have become synonymous. Alliances are founded on trust. When that goes, they begin to dissolve.

Hence the talk in European capitals of the need to “contain” the United States, a verb once reserved for the Soviet Union. America, under Trump, has lost the credibility and legitimacy that were cornerstones of its influence.

Allies believe a second Trump term could lead to the United States’ leaving NATO, following the decision to leave the World Health Organization. Departure from the World Trade Organization is also possible. Trump has yet to encounter a multilateral organization he does not want dead.

The values of liberty, democracy, freedom of expression and the rule of law for which the United States has stood, albeit with conspicuous failings, over the postwar decades have been abandoned. Despite the horrors of Vietnam and Abu Ghraib, and Cold War support for dictatorial regimes, America led not just because it had a huge army and nuclear arsenal, but also because it shared beliefs with its allies and worked with them. The United States has become a values-free international actor under a president who has led a values-free life.

This American abdication has allowed President Vladimir Putin of Russia to proclaim liberalism “obsolete.” It has led Chancellor Angela Merkel of Germany to say Europeans must “take our fate into our own hands.” It has empowered President Xi Jinping of China to offer his country’s one-party system as an alternative model for developing countries. It has turned the phrase “leader of the free world,” as applied to the United States, into a laughable notion.

The Trump administration has unrelentingly undermined proven international relationships. America-first nationalism (even on vaccine development) has replaced the stabilizing commitment of the United States to multilateral institutions, a rules-based order and painstakingly negotiated international accords, like the Paris Agreement on climate change and the Iran nuclear deal. 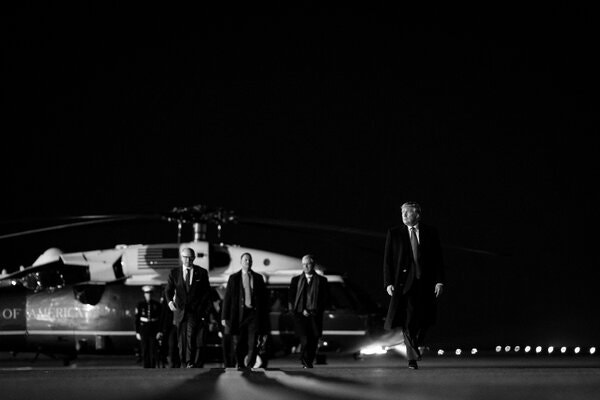 Over the past four years, America has come close to exiting the global community of democracies. Trump is far more comfortable with autocrats like Putin and Prince Mohammed bin Salman of Saudi Arabia than with a democratic leader like Merkel. (She has, for the president, the added drawback of being a woman.)

Human rights have all but disappeared from the American agenda. This has been evident in the brutality at the Mexican border. America has long had a complicated relationship with immigration, but underlying it there has always existed, as a core element in the national identity, a commitment to openness and an understanding that constant demographic renewal was a unique source of American strength. By ripping children from their parents (545 of those children have not been reunited), barring entry from some majority-Muslim countries and largely closing American doors to refugees, Trump has trampled on the idea of America as a land of immigrants.

The aura that once set America apart has dimmed. The country, under Trump, has lost its compassion; it has appeared crueler to the world. Trump has severed America from the idea of America. Liberty’s torch cannot be the symbol of a country committed to building walls.

Trump’s nationalism has done great harm. The pandemic has been the first major global crisis since 1945 in which the United States has gone AWOL. Nobody is inclined to trust in the competence of an America whose response to the pandemic has been so incoherent that it now comfortably leads the world in coronavirus cases and deaths. Trump’s “fake news” accusations and lies about the coronavirus have been relentless.

The democratic framework of the United States rests on certain principles: checks and balances, a vigorous free press, an independent judiciary, protection of the individual against forms of racial, religious or sexual prejudice. All these principles, inspirations to democracies across the world, have been attacked by Trump. He has turned the Department of Justice into his personal fief. The president has even refused to commit to leaving office if he loses the election.

None of this has been lost on a world where the United States once built democracies: in Germany, in Japan, throughout Central Europe after the collapse of the Soviet imperium.

In the European Union the realization that it may now stand alone against Russia, China and the United States in embodying liberal democratic principles and the defense of human rights has come as a painful, if galvanizing, shock.

Almost four years of Trump’s rule has left an anchorless international order, in which an old American-led system is dead and the new is not yet born. How far a Joe Biden presidency could reverse this dangerous drift is an open question. But the damage is deep; the old status quo will not return.

A second Trump term of erratic American belligerence meeting growing Chinese assertiveness would be pregnant with the possibility of violence. The big powers would be on the march, freed of the multilateral safety net slowly constructed in the second half of the 20th century. America-the-beacon would be lost, and the world darker still.

In M.L.S., the Pandemic Changes the Playoff Math

So, Russia, You Want to Mess With Our Voting Machines?