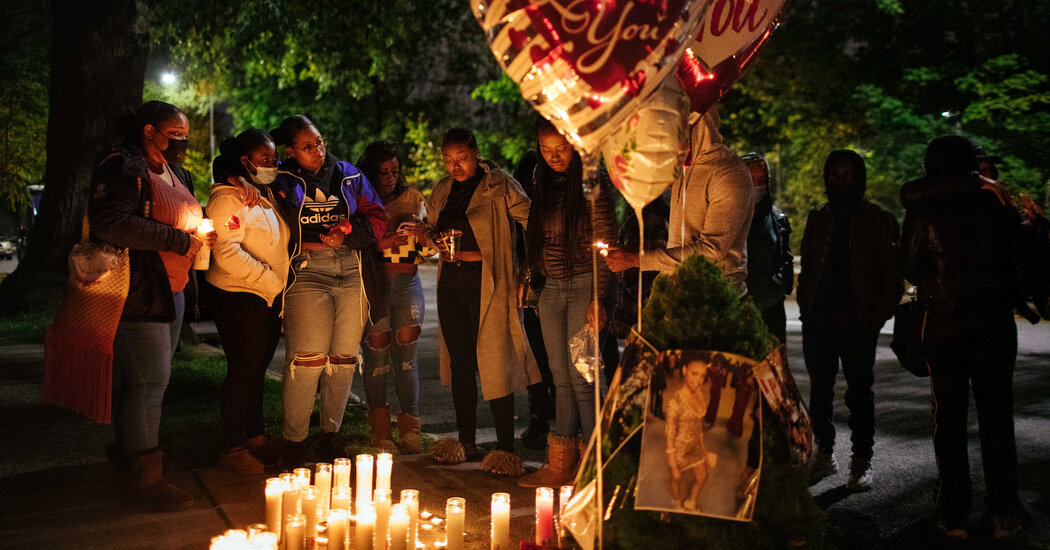 A light flickered inside a white sports car parked on the side of a highway in Queens before dawn on Friday in what prosecutors said was a sign of a fatal struggle.

Inside the car, Vanessa Pierre, 29 and six months pregnant, fought her boyfriend as he strangled her, according to the Queens district attorney’s office. A nearby surveillance camera recorded the man, Goey Charles, as he dragged her limp body out of the car onto the sidewalk, where he left her with a pair of gray sweatpants tied around her neck, according to prosecutors and the police.

Mr. Charles, 29, of Uniondale, was charged on Tuesday in criminal court in Queens with murdering Ms. Pierre, after calling 911 on Monday to report her missing. Mr. Charles told the operator that he had not seen Ms. Pierre in several days and was concerned, the prosecutor at the hearing said, but it was a ruse.

“At some point, while they were alone in that car, Mr. Charles strangled Ms. Pierre to death before dumping her body on the street,” Joseph Grasso, the prosecutor, said during the virtual court hearing. 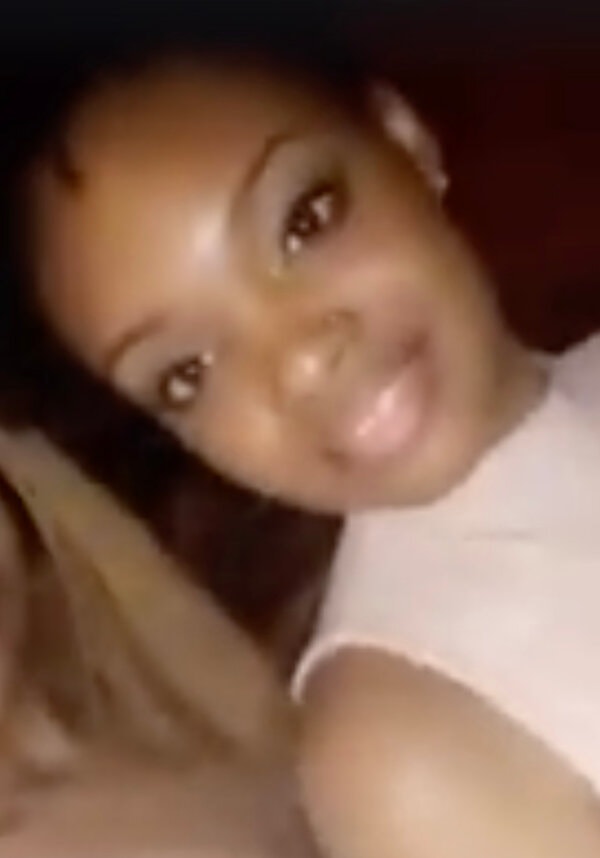 Matt Thomas, Mr. Charles’s lawyer, said his client “maintains his innocence.” He is due back in court on Wednesday and faces a sentence of up to 25 years to life in prison if convicted.

Investigators have not determined a motive for the killing, one of three domestic violence killings recorded in New York City in the last 10 days, in a year when those crimes have dropped. Forty-five people had been killed in acts of domestic violence as of Oct. 18, compared with 56 by the same day last year, according to the most recent police statistics.

The police have also recorded about 10 percent fewer domestic violence crimes over all this year, though more victims have been shot. The authorities and aid groups that work with victims say those decreases mask an underreported problem that has likely worsened during the pandemic because many victims are more focused on trying to meet basic needs than stopping their abusers.

Judy Harris Kluger, a retired state judge, said two of the recent killings — of Ms. Pierre and another woman separated from her husband — highlighted when victims are in the greatest danger: when they are leaving and when they are pregnant.

“These are two isolated incidents, but they both have factors that can heighten the danger to a victim,” she said. 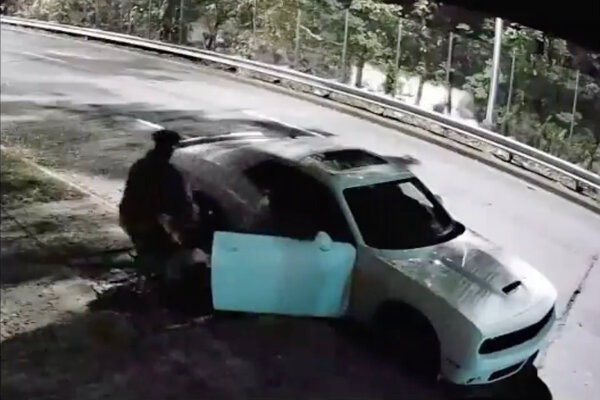 Judge Kluger, who is currently the executive director of the nonprofit Sanctuary for Families, said its hotlines had experienced sharp increases in calls for help during the pandemic.

“It’s all a function of isolation, not knowing where to turn, increased tension at home,” she said. “When you’re in a crisis situation, as we are in this city and country, the risk is elevated, particularly for those who are already vulnerable.”

On Monday, a 40-year-old woman was shot and killed in Lower Manhattan by her estranged husband, who then killed himself, the police said.

Police officers responding to a 911 caller’s report that two people had been shot near the intersection of Morris and Greenwich Streets found the bodies of a man and a woman around 9 a.m., officials said.

The woman had been shot in the head and torso and slashed across the neck, officials said; the man, 46, had a gunshot wound in his head and a cut on his neck.

The police identified the woman as Ai Min, formerly of Ontario, Canada. She was taken to NewYork-Presbyterian Hospital, where she was pronounced dead, the police said.

The man was identified by the police as Yu Xin, also of Ontario. He was pronounced dead at the scene, where officers found a 9-millimeter handgun and a knife, the police said.

After he shot her and she fell to the ground, Mr. Yu cut himself with the knife and shot himself, the police said.

About a week earlier, police officers found Jessica Mitcham’s body in the bathroom of her 12th-floor apartment in a public housing complex in Harlem. Ms. Mitcham, 35, had been stabbed in the neck and chest, and neighbors had been alerted to the crime by the smell coming from her apartment, the police said.

Investigators were still searching for a man who they believe was a former boyfriend, the police said.

Nearly 560 people in New York City were killed in domestic violence incidents from 2010 to 2018, according to an annual city report. More than half of those victims were killed by spouses or partners. Almost 50 of these victims — nearly all of them women — were killed by a partner who then took his or her own life, the report said.

Ms. Pierre, a nurse practitioner, met Mr. Charles through his mother, who was her colleague, and the couple had been dating for about a year, her sister Melissa Pierre said.

Contacted on Tuesday, Mr. Charles’s mother, Marjorie, declined to comment. She said she did not know anything about the crime her son had been charged with.

Prosecutors said Mr. Charles, a licensed security guard, was driving his girlfriend’s Dodge Charger when he pulled over in front of a bakery on the Horace Harding Expressway. The police said the couple, who were both from Long Island, had been living out of the car.

According to the Queens district attorney’s office, a surveillance camera recorded Mr. Charles as he parked the car around 2:50 a.m. on Friday. He got out and climbed into the back seat, where Ms. Pierre could be seen moving as the light flickered.

It went off again at 3:38 a.m., Mr. Grasso said, then all movement stopped. About an hour later, the police said, a snippet of video shows Mr. Charles emerging from the driver’s side and walking around to the passenger’s side, where he pulls Ms. Pierre out. She was wearing pajamas.

Melissa Pierre said her sister was looking forward to having a daughter, whom she planned to name Egypt.

“That was the only thing she was happy about,” Ms. Pierre said, her voice raspy from crying.

She said she had sensed “a bad vibe” from Mr. Charles that, in hindsight, she feels was premonition. After Mr. Charles’s court hearing, she said she felt devastated and empty, and could not think of a punishment fit for the crime.

Tags
Car Killed Off She Who

How Trump Maneuvered His Way Out of Trouble in Chicago