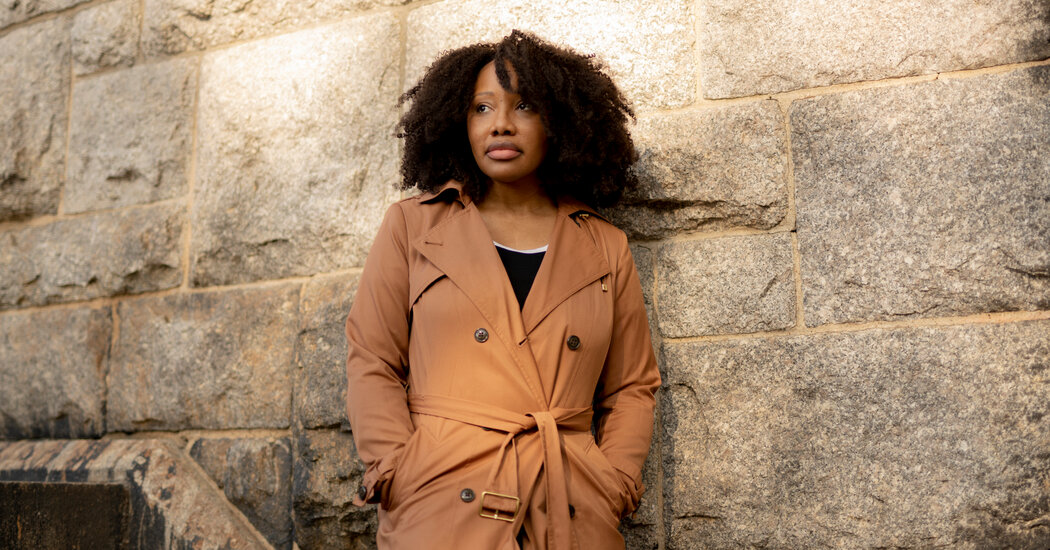 For months, Americans have barely dined at restaurants or traveled for vacation. There have been no ballgames or concerts to attend. Gym and other memberships mostly remain frozen.

Forced into lockdown mode by the coronavirus, people put big purchases on hold and scaled back their spending. Around the same time, mortgage lenders, student loan collectors and other creditors offered struggling borrowers a break on payments. And stimulus checks from the government arrived.

These trends have come together to form an unlikely silver lining to the economic recession, which set in eight months ago: Despite the pandemic’s economic devastation, which has tipped millions of people into unemployment, many American households are in relatively good shape. Since April, consumer savings have increased, credit scores have surged to a record high and household debt has dropped. The billions of dollars that banks set aside at the start of the crisis to cover anticipated losses on loans to customers have been largely untouched. And lending at pawn shops and payday lenders, where business tends to boom during downturns, has been unexpectedly slow.

“Everything was upside down,” said John Hecht, an analyst at the investment bank Jefferies. Usually, in times of distress and unemployment, more people find themselves with deteriorating credit and are forced to seek high-interest, or subprime, loans, Mr. Hecht said, but not this year.

The pain may still be coming. Banks and other consumer lenders are bracing for financial stress next year, as millions of people remain out of work and the labor market’s rebound shows signs of stalling. A third surge of coronavirus cases has taken hold in the United States, and lawmakers in Washington are mired in fights about the terms of additional stimulus. The number of people in America living in poverty has grown by eight million since May — though their financial woes often aren’t captured by credit and loan data because they’re out of the financial mainstream. And longer-term consequences like wage stagnation, reduced entrepreneurship and the accumulated cost of interest-bearing debt could linger for decades.

But for now, households are weathering the turmoil largely because of the unusual nature of the current downturn. The pandemic ended America’s longest economic expansion on record, meaning that people came into this recession in better shape than they were in when the Great Recession took root in 2008. Back then, risky mortgages metastasized into a crisis that upended the banking industry; this time, banks and borrowers aren’t facing that kind of structural threat.

This time, too, the government’s rapid aid efforts blunted a bigger crisis. Expanded unemployment benefits, $1,200 stimulus payments and aid to small businesses had an immediate impact this spring. Those who lost their jobs used the money to keep up with rent and other bills. Others used it to pay down debts, or socked it away in savings.

“The quick, coordinated response of government stimulus and lender relief was unprecedented, and had a huge influence,” said Ethan Dornhelm, FICO’s vice president of scores and predictive analytics. 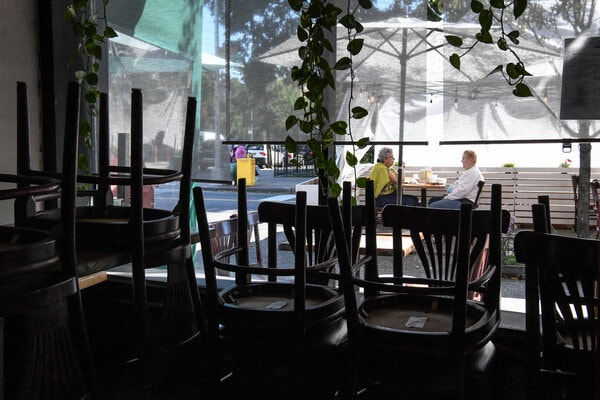 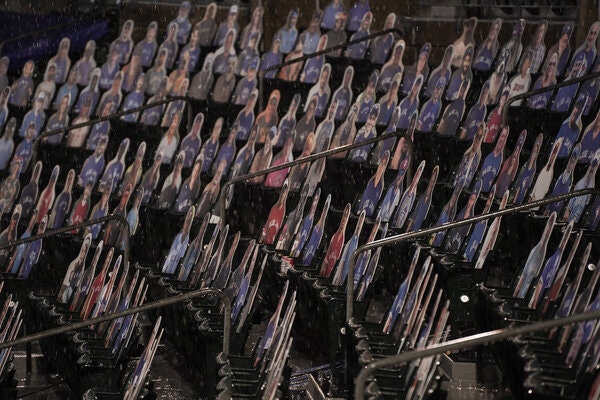 Since he lost his job as a toy designer in March, Daniel Brennan has been holding things together through a combination of aid money and loan relief programs. A six-month forbearance on federal student loan collections reduced his monthly expenses by $280. (He began getting bills again this month but requested an extension, which his servicer granted until February.)

Mr. Brennan, who is separated and had moved into his own apartment shortly before the pandemic took root, gave up that apartment and returned to the house he owns in Willow Grove, Pa., with his soon-to-be ex. Their mortgage lender, Wells Fargo, let them defer their payments until at least the end of the year. Because interest still accrues, that will increase the total amount they owe over the life of the loan. That break, though, has given Mr. Brennan enough cash flow to stay current on his car loan and credit card bills and buy essentials like groceries and gas.

“Not paying the mortgage is making everything work,” said Mr. Brennan, who is 46. He’s leery of what will happen when that forbearance ends if he has not yet found another job.

Those who have held onto their jobs without having their hours or wages cut often ended up financially stronger than they were at the start of the year. Daniel Zeccola, 36, an emergency and internal medicine physician in Denver, took advantage of a 90-day forbearance on his private student loan from Laurel Road to shift his normal $5,000 monthly payment into his savings account instead.

The rate he earns on that savings account is higher than the interest rate on his loan, netting him an extra $90 a month, said Mr. Zeccola, who is saving for a down payment on a house. “I feel kind of guilty,” he said. “I’ve been protected from the downsides of what so many other people have experienced.”

Even as the swell in household liquidity provided by the government’s relief efforts starts to ebb and spending picks up again, creditors remain optimistic about consumers’ ability to keep up with their bills. The personal savings rate soared this spring, peaking in April, when Americans stockpiled $6.4 trillion — about a third of their disposable income. It has declined since, but stayed far higher than it was a year ago, according to the latest government data.

Credit card spending nose-dived, thanks in part to the reduced temptations of a locked-down economy. Balances plunged by $76 billion in the year’s second quarter, the largest drop ever recorded by the Federal Reserve Bank of New York. Total household debt fell that quarter for the first time since 2014, according to the regional bank’s research.

Credit card issuers and other consumer lenders have not seen a rash of defaults — for many lenders, they’ve actually dropped below normal levels — thanks mainly to the stimulus checks and expanded unemployment insurance. Most creditors don’t expect that to change until the second half of next year, at the earliest.

The average American credit score has also steadily increased this year, reaching a record 711 in July, according to FICO. Credit scores can be a lagging economic indicator — in the Great Recession, they didn’t bottom out until late 2009, months after the recession ended, although they started dipping much earlier. But this time around, consumer debt levels and missed payments have actually dropped, which explains why the scores are rising.

“Over all, consumer customers are holding up well,” JPMorgan’s chief financial officer, Jennifer Piepszak, said on her bank’s earnings call this month. 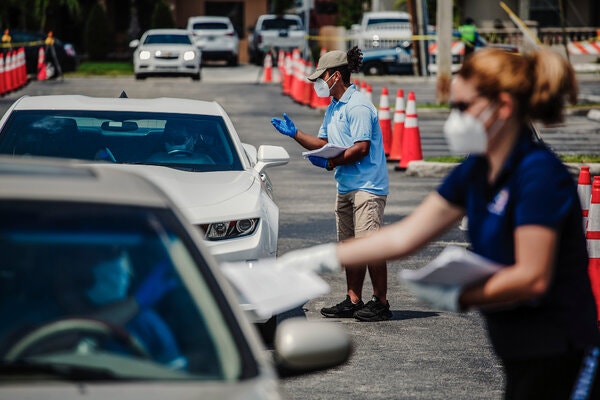 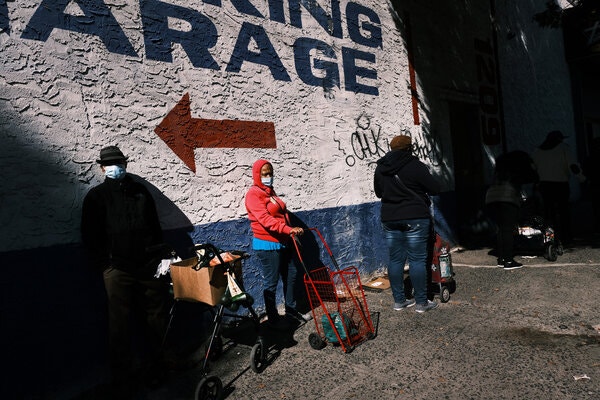 Still, many lenders have protected themselves by doing what they always do in a downturn: cutting back on their riskiest lending. Large credit card issuers reduced some customers’ credit lines, turned away new customers and, in some cases, shut down entire product lines. Wells Fargo and JPMorgan stopped offering new home equity credit lines in April.

Lenders outside the financial mainstream, who cater to those without access to credit cards and traditional loans, haven’t yet seen the pickup they usually do when the economy deteriorates. Payday lending started sliding in early March and even in October, remained down more than 40 percent compared with last year, according to data from Veritec Solutions, which tracks small-dollar lending for several state regulators.

“Demand is still well below normal,” said Ed D’Alessio, the executive director of INFiN, a payday industry trade group. “What we’ve seen during the pandemic is that consumers have come in and paid off their loans,” and not borrowed afresh.

Many pawn shops had a record number of customers reclaim their items, leaving some stores with bare shelves even as retail demand surged from shoppers stuck at home and looking for bargains on items like TVs, video game systems and power tools for home-improvement projects.

“Our showcase has never looked emptier,” said Jordan Tabach-Bank, who owns three luxury-goods pawn shops in New York, Chicago and Los Angeles. “Instead of needing loans from us, people are redeeming their loans, picking up their collateral and paying it off.”

The big economic question right now is whether a consumer crisis has been averted or merely delayed. Economists and credit analysts see two big unknowns that make it hard to forecast where things go from here. The first is whether a resurgence of the virus will force further lockdowns, which would prolong and intensify the recession. The second is whether the government — under the leadership of whichever candidate wins the presidential election — will inject trillions more into the economy through new stimulus and relief measures.

Banks that set aside billions to cover potential losses have slowed the rate at which they’re building their reserves, but they’re keeping the emergency cushion. Asked by an analyst whether the government’s efforts had reduced the likelihood of losses or simply postponed them, Ms. Piepszak, JPMorgan’s finance chief, said the bank simply didn’t know.

Federal relief measures were “a bridge, and the question is whether the bridge will be long enough and strong enough to bridge people back to employment and bridge small businesses back to normalcy,” Ms. Piepszak said on the earnings call. The government’s actions might only “delay rather than change” the looming possibility of large loan losses, she said.

The uncertainty is wearing many people down.

The $600 a week in expanded unemployment benefits helped Joël René Scoville, an actress who lives in New York City, stay current on her rent and other essential monthly bills. But those payments ended in July. Now, she’s collecting just $138.40 a week in benefits and nervously calculating how long her $4,500 in savings will last.

For years Ms. Scoville, 46, supported herself through theater work, catering gigs and a part-time administrative position at a children’s after-school program. All three of those jobs came to an abrupt end when the pandemic hit, and none seems likely to return until well into next year.

“The fear about ‘what about next month’ is always looming in my mind,” she said.

Tags
Bank Pay Time Which Who