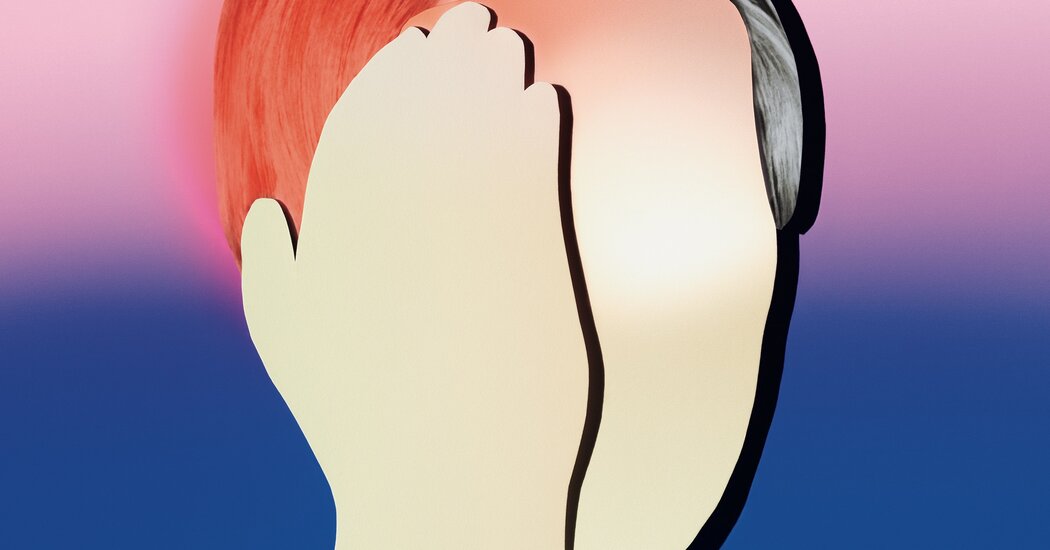 The 61-year-old woman put on her reading glasses to try to decipher the tiny black squiggles on the back of the package of instant pudding. Was it two cups of milk? Or three? The glasses didn’t seem to help. The fuzzy, faded marks refused to become letters. The right side of her head throbbed — as it had for weeks. The constant aggravation of the headache made everything harder, and it certainly wasn’t helping her read this label. She rubbed her forehead, then brought her hand down to cover her right eye. The box disappeared into darkness. She could see only the upper-left corner of the instructions. Everything else was black. She quickly moved her hand to cover her left eye. The tiny letters sprang into focus.

She moved back to the right: blackness. Over to the left: light and letters. That scared her. For the past few months, she’d had one of the worst headaches she had ever experienced in her lifetime of headaches. One that wouldn’t go away no matter how much ibuprofen she took. One that persisted through all the different medications she was given for her migraines. Was this terrible headache now affecting her vision? The neurologists she saw over the years always asked her about visual changes. She’d never had them, until now.

“Should I take you to the hospital?” her husband asked anxiously when she told him about her nearly sightless left eye. “This could be serious.” She thought for a moment. No, tomorrow was Monday; her neurologist’s office would be open, and the doctor would see her right away. She was always reliable that way.

The patient had bad headaches for most of her adult life. They were always on the right side. They were always throbbing. They could last for days, or weeks, or sometimes months. Loud noises were always bothersome. With really bad headaches, her eye would water and her nose would run, just on that side. Bending over was agony. For the past few weeks, her headache had been so severe that if she dropped something on the floor, she had to leave it there. When she bent down, the pounding was excruciating.

When she was younger, the headaches seemed to come on with her periods. So in her mid-30s, after she had her daughter, she had her uterus and ovaries taken out. She was hopeful for the first couple of weeks, but then the episodes of throbbing pain came back, bad as ever. Her doctors told her they were migraines. And it seemed that she had been on every migraine medication ever created. Her newest doctor had her on an anti-seizure medication used to prevent migraines, along with Excedrin Migraine to take once they got started. She had been taking this twin therapy for weeks, but this headache just wouldn’t relent. 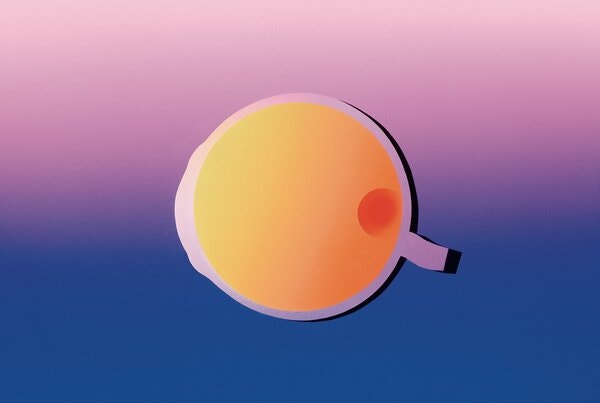 The woman saw her neurologist early the next afternoon. The doctor was worried, too. She ordered an M.R.I. and referred the patient to Dr. Robert Lesser, a neuro-ophthalmologist just outside New Haven, Conn. In Lesser’s exam room, the patient explained first to the technician, then to the doctor, that she’d had this headache for months. Sometimes the pain was worse, sometimes better, but it was always there, throbbing and pounding on the right side of her head. It was as if she had a second heart crammed into her skull, beating, squeezing, crowding. Recently, her vision seemed to get worse, blurrier. Blinking didn’t help. And then she discovered that when she covered the right eye, she could see hardly anything.

The constant presence of the headache, and for weeks at a time, immediately brought to Lesser’s mind a rare condition called hemicrania continua. As the name suggests, it’s a unilateral headache that persists long past the normal duration and is often accompanied by eye redness or tearing. It’s a strange kind of headache, related to other odd headaches — like cluster headaches — in which the underlying causes are still mysterious. He’d seen maybe 20 cases in the past. While those patients often had eye symptoms, they were always on the same side as the headache. This patient reported changes in the other eye. What would cause pain on one side and a loss of vision on the other? Multiple sclerosis could cause neurological symptoms anywhere in the body. Or was this a mass somewhere in her brain? It would take several space-occupying lesions to cause the kind of pressure and pain she described and affect her vision. But she had already had an M.R.I., and nothing was seen.

Lesser examined her eyes. Even up close, they looked normal. Each pupil responded to light equally. He took pictures of the back of her eyes, first the right, then the left. There are two places of special interest in the retina. The optic disc is the area where the nerves carrying visual information connect to the brain. Increased pressure in the eye, from a mass or from glaucoma, can cause swelling or atrophy in the nerves, which can often be seen. But in this woman, the optic nerve on both sides looked completely normal. Another region on the retina, called the macula, is where most of the visual receptors are located. This tiny region is responsible for most of our color and detail perception. In this patient, the macula was normal on the right but appeared swollen and discolored on the left.

Seeing this, Lesser knew that the headache and the visual changes were caused by separate disease processes. The headache was most likely hemicrania continua. The test to confirm this diagnosis is a therapeutic trial of an old medicine called indomethacin, a relative of ibuprofen and naproxen. This type of headache is wonderfully responsive to this particular drug, probably because it more easily crosses the blood-brain barrier, which keeps out so many other drugs.

The lesion on the woman’s retina was more concerning. It could be something common like central serous chorioretinopathy (C.S.C.), which causes places in the retina to swell. It’s more common in young people and those with Type A personalities. C.S.C. can cause distressing vision abnormalities and sometimes requires treatment if it doesn’t resolve on its own within a month or two. That was the most likely diagnosis. But there was another possibility that was far more serious: malignant melanoma of the retina. This is much less common but potentially deadly. The patient needed to be seen by a retina specialist to distinguish between these two very different possibilities. Lesser sat down with the woman. It was a good news-bad news type of conversation. She may be able to get rid of her lifetime headache with a pill she would take twice a day. But she also may have one of the most dangerous forms of cancer known.

Dark Side, Bright Side

The woman saw Dr. Thomas Berenberg, a retina specialist in Lesser’s group practice. It was melanoma. She had radiation therapy, which eliminated the growth in her eye. Although that was nearly a year and a half ago, she still must have regular follow-up exams to make certain it stays gone.

On the brighter side, she started taking indomethacin right after she saw Lesser. It took a couple of weeks, but finally her headache melted away and, for the most part, has stayed away. She had a hint of a recurrence and started the indomethacin immediately, and the throbbing pain vanished and hasn’t come back. Still, her sight hasn’t recovered in her left eye, which forced her to retire from her job as a court reporter. The double vision caused by the damaged eye keeps her from reading. She is optimistic, though. She feels as though she dodged a bullet. The cursed throbbing pain led to a diagnosis that saved her life. And as an extra bonus, she got rid of her constant headache. This past year, she and her husband moved to South Carolina, where their daughter lives. And the woman is getting a contact lens to block the vision in her left eye, so she should be able to read once more very soon. All in all, she tells me, she feels pretty lucky.

Tags
Had See She Side Vision

Vintage Alfa Romeos to Be Auctioned at Sotheby’s

The ‘Purge’ Films Reveal the Ugly Truth About America