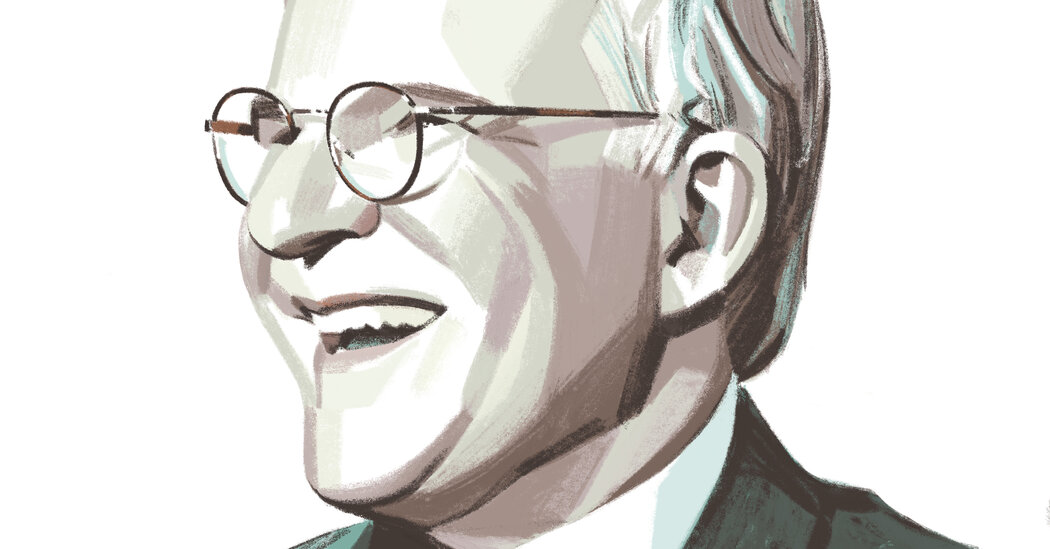 The actor and comedian, whose new book with Harry Bliss is “A Wealth of Pigeons,” says that “bookstores could easily have only two sections, ‘Riveting’ and ‘Kinda Boring.’”

What books are on your night stand?

I have a thousand books on my night stand, but they’re all on my phone. I’m addicted to audiobooks.

Great, I’m not sure, but how about important? I was thinking recently how “Future Crimes,” by Marc Goodman, which I read several years ago, helped me develop a grasp of the internet, and gave an indication what we’re possibly in for and what is already happening. In order to be modern, you have to read this book.

Are there any classic novels that you only recently read for the first time?

Describe your ideal reading experience (when, where, what, how).

Sitting in my living room in the comfy chair. Or in a faraway room where there’s more silence. Or on my bike with an audiobook (safe bike lanes only and with open headphones to hear traffic), or falling asleep to an audiobook — with the off-timer set for 15 minutes if I’m lucky.

But it’s really the book that determines the time and place. I was fascinated by “Ninth Street Women,” by Mary Gabriel, so I read it anywhere, anytime. Audio version, of course, so I read it on a bike, in the gym, walking home from school drop-off, on a stroll to the tailor, or food pickup. I also bought the hard copy so I could see the historic photographs.

I “read” David Blight’s Frederick Douglass biography last summer on lengthy bike rides on quiet roads in Santa Barbara under summer skies and overhanging trees. I’m always fascinated by the accomplishments of research, and the Douglass book was profound. It was as though Douglass was vivid, tangible and just around the corner.

Audiobooks can associate indelibly with place. I clearly remember listening to Imani Perry’s wonderful biography of Lorraine Hansberry while making multiple walking trips in misting rain to a dentist in Midtown Manhattan to fix and refix a root canal that wouldn’t take.

What’s your favorite book no one else has heard of?

I recently got interested in Australian Indigenous painting. The story of its genesis is as exciting as any Western tale of artists’ struggles. An oil-on-board movement exploded in 1970 — yes, as late as that — so the history is finite and brief. It can be documented right down to car rides, canvas purchases and which painting traveled where in the trunk of whose car. I got every book I could on the subject and read passionately.

So I would recommend “Once Upon a Time in Papunya,” by Vivien Johnson, to get the step by step of this compelling saga: In 1984, the last Aboriginals living in the bush, called the Pintupi Nine, were persuaded to come in to the small town of Papunya. They were described in the press as “The Lost Tribe.” Their answer? “We were not lost. We knew exactly where we were.” Two of them became well-known international artists.

Which writers — novelists, playwrights, critics, journalists, poets — working today do you admire most?

I’m an art junkie, and I have long admired Peter Schjeldahl, Jerry Saltz, Calvin Tomkins, Roberta Smith, Sebastian Smee and Deborah Solomon. The academic tendency when writing about art is to be obscure. But these writers deliver a difficult subject with lively clarity. I’m also a fan of Nora Ephron’s prose, which seems to flow faster than you can read it.

Do you count any books as guilty pleasures?

My own, but let me explain. Occasionally, if I pass one of my own books on the shelf, I will open it to a random page, put my finger on a sentence and see if it’s well constructed. Sometimes it’s a pleasure, sometimes I’m guilty. When I’m guilty, it’s not a pleasure.

What’s the last book you read that made you laugh?

Jerry Seinfeld’s new book, “Is This Anything?” It’s a catalog of decades of his routines. I enjoy opening it, pretending I’m Jerry and making my wife laugh with Jerry’s material. It’s like an artist being a copyist at a museum; you learn by emulating the strokes of others.

But I must mention Geoff Dyer’s “Out of Sheer Rage.” One doesn’t think a book about D. H. Lawrence could be “laugh-out-loud funny.” But it was, and it affected my own writing style.

Has a book ever brought you closer to another person, or come between you?

I’ve had the luxury of meeting many authors through their work. Years ago, the poet Susan Wheeler had a poem in The New Yorker. It struck me, and I reached out to her through friends. Same with Paul Muldoon, same with Joyce Carol Oates. These connections have turned into lasting friendships.

What’s the most interesting thing you learned from a book recently?

In my friend Alan Zweibel’s memoir “Laugh Lines,” I learned that the comedian David Brenner felt that the funniest number was 267. I want to agree, but I keep thinking about 9.

What moves you most in a work of literature?

I recently heard the audio version of “Milkman,” by Anna Burns. I found myself moved by the rhythm and repetition of the phrases and sentences — though it might have been the Irish accent of the reader.

I’m also a sucker for the magic of opening paragraphs. I’ll never understand what the sorcery is in literature and movies that engages you immediately and makes it impossible to look away.

Do you prefer books that reach you emotionally, or intellectually?

As Mike Nichols used to say when asked if he’d prefer an artistic hit or a box office hit, “Why not both?”

Which genres do you especially enjoy reading? And which do you avoid?

How do you organize your books?

Our art books are arranged alphabetically by artist. Novels and such are arranged by love. Well-loved books remain on living room side tables.

What book might people be surprised to find on your shelves?

Christian Zervos’s 33-volume catalogue raisonée of Picasso. It’s a book I have no use for — except to browse once a decade — but I love owning it.

What’s the best book you’ve ever received as a gift?

I’ve drawn a lesson from Hannibal Lecter. When writing movie characters, the studio often wants the lead to be “likable” by giving him or her so-called likable qualities. “Oh, look, he likes puppies.” I always point to Lecter: At the end of the movie “Silence of the Lambs,” don’t you kind of like him?

What kind of reader were you as a child? Which childhood books and authors stick with you most?

I always remember the “S.N.L.” bit where Nora Dunn referred to her collection of Vogue magazines as “books.” That was my childhood. Growing up, reading was not a part of my household, so comic books and magic catalogs were it for me. Once I hit college though, wham. Camus, Thomas Wolfe, James Baldwin, Sartre. I once picked up “Being and Nothingness,” thinking I would breeze through it. More like walking against the wind.

How have your reading tastes changed over time?

I’ve definitely swung to biographies, which are great for my audiobook habit. Blake Gopnik’s sizable Andy Warhol bio occupied my summer. Before that, I was on an electricity craze with Tesla, Edison and Ben Franklin.

Many readers report rapture in picking up a hefty, real book bearing the smell of the printer’s ink. I mostly mislay them. “Now where is that book? Oh, it’s in another state.”

You’re organizing a literary dinner party. Which three writers, dead or alive, do you invite?

All I really want from a dinner party is to have fun. I just don’t know if Socrates was fun. I know Nora Ephron was, so she’s in. Oscar Wilde, too, but what if he’s having an off night? Could be a disaster. Mark Twain had a wide-ranging intellect, so he’s in, plus I owe him. Dorothy Parker, just to find out if what they say about her wit is true. Adam Gopnik is always a welcome guest: How is it possible to be smart about everything? And now I’m rethinking the Socrates invite. He could moderate and probably do it very well. Oh, and Rebecca Solnit. I loved her book, “Men Explain Things to Me,” so she could throw me looks whenever I became “that guy.”

What do you plan to read next?

Tags
Art İf Not Which You

16 New Books to Watch For in November