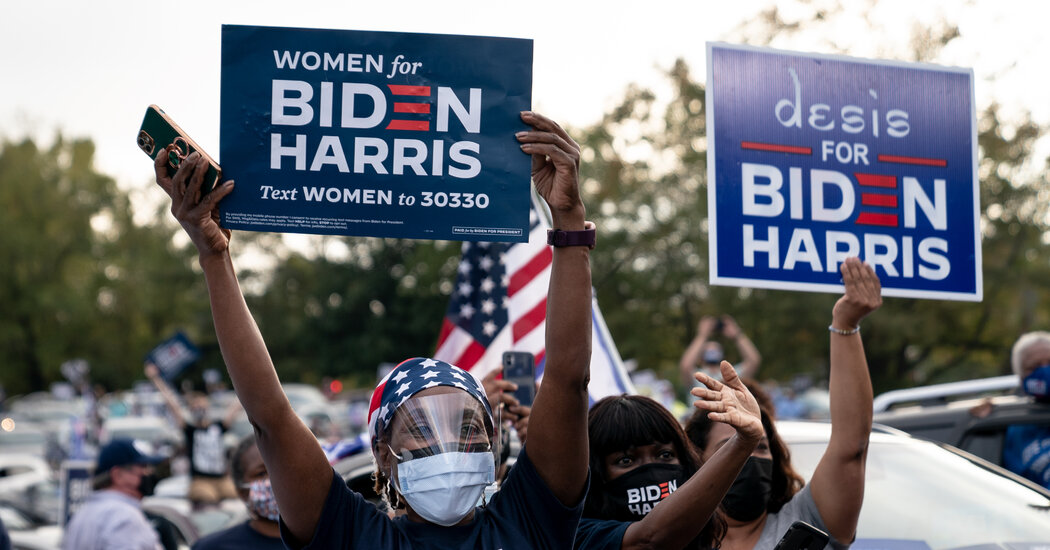 The 2020 election has blown past previous records to become the most expensive campaign in American history, with the final tally for the battle for the White House and control of the Senate and the House expected to hit nearly $14 billion, according to new projections made by the Center for Responsive Politics.

That is double the previous high for federal races set just four years ago.

The biggest driver of political spending this year has been — no surprise — the presidential race, as enormous sums have, in particular, poured into supporting Joseph R. Biden Jr.’s bid to oust President Trump. Their contest alone is projected to cost $6.6 billion — more than was spent on the White House race and every congressional campaign combined in 2016.

The surge of spending is powered by donations at both ends of the giving spectrum as small donors, particularly online, are playing an increasingly central role in funding campaigns. At the same time, billionaires and multimillionaires are writing enormous checks to super PACs.

Much of the spending has gone into television ads: $1.8 billion worth of presidential race ads just this year, according to the ad-tracking firm Advertising Analytics. The total cost of the 2016 presidential campaign, even including the primaries, was $2.4 billion.

Mr. Biden’s campaign committee, which had raised $938 million as of Oct. 14, is on track to be the first to surpass $1 billion in fund-raising. The fund-raising hauls by both Mr. Biden and Mr. Trump, when combined with party money, already far exceed that threshold.

But it’s not just the presidential race sending costs to new heights.

Eight of the 10 most expensive Senate races ever are unfolding in 2020, including in North Carolina, where the total spent between the two candidates, Senator Thom Tillis, the Republican incumbent, and Cal Cunningham, the Democratic challenger, has already passed $272 million.

That is one of four Senate races to have crossed the $200 million mark this year — the others are in Iowa, South Carolina and Arizona — something that had never before happened in a contest without a self-funding candidate.

In South Carolina, Jaime Harrison, the Democratic challenger to Senator Lindsey Graham, the Republican incumbent, shattered fund-raising records in the third quarter, when he raised more than $57 million, and he is the first Senate candidate to ever raise $100 million from others.

Up and down the ballot, Democrats have the financial upper hand this year.

Democratic candidates and allied groups have spent $5.5 billion this cycle, compared with $3.8 billion in spending by Republicans — the largest advantage ever, according to the analysis by the nonpartisan Center for Responsive Politics. It is that lopsided in favor of the Democrats even without counting the more than $1.3 billion spent by two self-funding billionaires, Michael R. Bloomberg and Tom Steyer, on their failed presidential primary bids.

The nonprofit Democratic online donation platform, ActBlue, has processed more than $3.3 billion so far this year. Republicans introduced a rival for-profit platform, WinRed, only in 2019, and it has raised more than $1.2 billion since its creation — but Republicans in general remain less accustomed to making small donations online than Democrats. 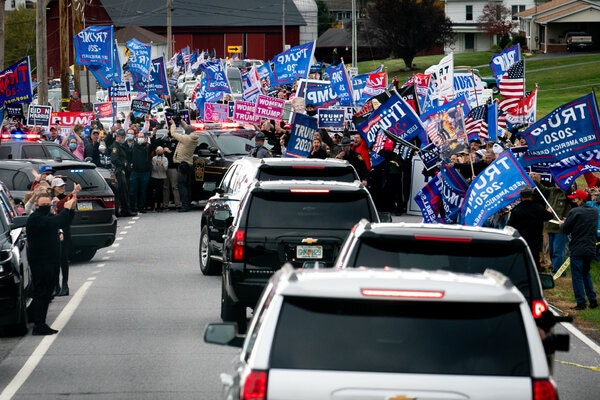 It is not just how people are donating but also who is donating that has shifted over time. More women than ever are giving to federal races, accounting for 44 percent of donors, up from 37 percent in 2016, according to the analysis by the Center for Responsive Politics. (Gender is not identified on federal forms, but the center based its estimate on an analysis of names.)

Women have favored Democrats in the voting booth — Mr. Trump faces a record gender gap in polling — and the rise of female donors appears to be helping the party financially, as well. The center estimated that women who gave more than $200 donated twice as much to Democrats (nearly $1.3 billion) as to Republicans ($570 million).

Separately, the role of traditional political action committees, often used by corporations to bundle donations to incumbent politicians, has been shrinking as a share of political cash, hitting a record low of 5 percent, according to the center. Not accepting corporate campaign cash has been a rallying cry among Democrats, especially progressive primary challengers.

Megadonors remain influential. Sheldon Adelson, the casino magnate, and his wife, Miriam Adelson, continue to be the largest funders of Republican super PACs, donating $183 million to Republican candidates and groups.

Other new large donors have sprouted up in Silicon Valley, where high-tech wealth has created an entirely new class of superrich potential donors.

Karla Jurvetson, a physician and the ex-wife of a tech investor, has donated more than $24 million since 2019, much of the spending going toward a super PAC supporting Senator Elizabeth Warren’s 2020 campaign.

Dustin Moskovitz, a co-founder of Facebook, has also spent more than $24 million, mostly donated to a super PAC, Future Forward, that is airing anti-Trump ads.

The top industry for campaign cash remains Wall Street, totaling more than $255 million from the securities and investment world, according to the center’s research. That money heavily favored Democrats: $161.7 million to $94.5 million.

So-called dark money continues to flood into American political campaigns through entities like nonprofits that do not fully disclose their donors. The center’s research shows only 30 percent of spending by outside groups coming from committees that fully disclosed their donors.

Both parties are taking advantage of disclosure loopholes. One dark money Democratic group, the Sixteen Thirty Fund, has reported more than $51 million in giving to a wide array of other federal PACs, federal records show. And the leading super PAC dedicated to keeping Senator Mitch McConnell of Kentucky as the Republican majority leader, the Senate Leadership Fund, has received more than $62 million from an affiliated dark-money nonprofit, One Nation.