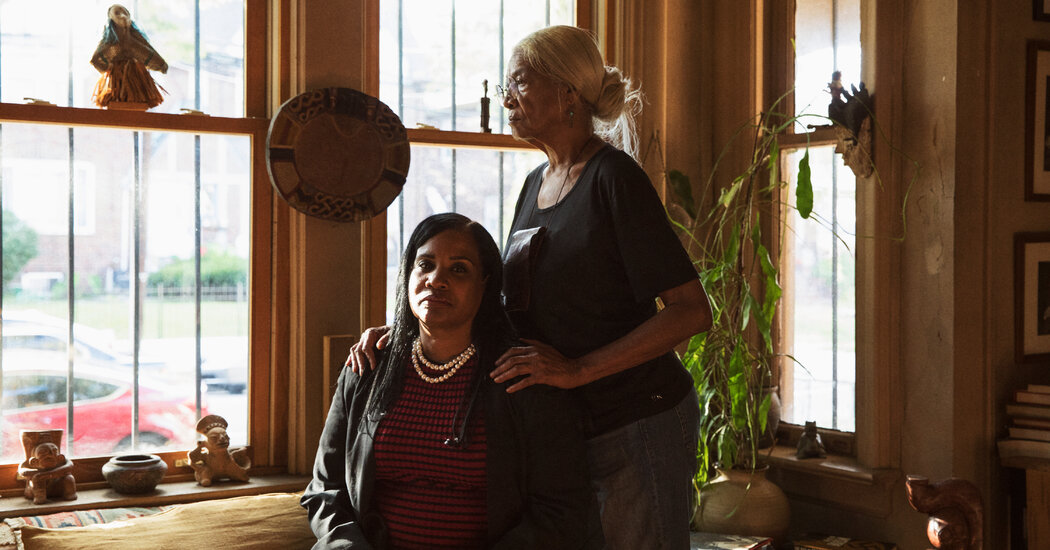 Over 18 years of working as a secretary at JPMorgan Chase, Wanda Wilson had learned to brush aside remarks directed at her race.

“Wanda, do you mind if I tell a Black joke?” a colleague once asked her. Another co-worker told her that she disliked Black people in general but made an exception for Ms. Wilson.

Ms. Wilson saw no reason to complain. JPMorgan had been a good employer, giving her opportunities to rise through the secretarial ranks and providing assistance during a fraught time in her personal life. She felt proud defending her career to her family, which included several prominent civil rights activists. (Her mother is the poet Amina Baraka, and her stepfather was Amiri Baraka, the playwright and poet. Her younger brother is Ras Baraka, the mayor of Newark.)

But things soured in 2016 after a new colleague began to bully Ms. Wilson and order her around, according to a lawsuit Ms. Wilson filed against JPMorgan and its chief executive, Jamie Dimon. For the first time, Ms. Wilson felt that she was not on equal footing with her white colleagues, according to the suit. She complained to JPMorgan officials, but the bank’s response shattered her faith in her employer, she said. After she was unable to find a different job within JPMorgan, the bank fired her. She then sued, alleging race discrimination and retaliation and seeking an unspecified amount in damages.

JPMorgan said its officials had done everything in their power to make things right for Ms. Wilson. “The firm denies that it engaged in any race discrimination or harassment or retaliation with respect to Ms. Wilson’s employment,” said Joe Evangelisti, a JPMorgan spokesman.

The bank tried to have the lawsuit, filed in 2018, dismissed. This month, a judge ruled that the two sides should engage in mediation instead.

Wall Street has come under growing scrutiny for how it treats people of color, and Black employees in particular. Last year, The New York Times detailed allegations of racism at Phoenix-area branches of JPMorgan. Recently, a former head of global diversity at Morgan Stanley, a Black woman, sued the bank for discrimination. 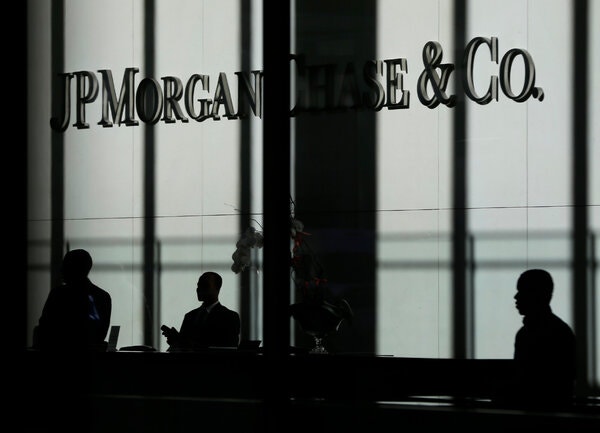 But while such cases claim broad and systemic discrimination involving banks, Ms. Wilson’s lawsuit tells the complicated story of interactions between co-workers that can carry racist undertones. It shows how allegations of racism in a workplace can be difficult to verify, even when a company conducts an investigation. That’s especially so in the absence of explicit language or actions — such as a racial slur or blackface — that are easily identifiable as racist.

“This isn’t the ’60s or the ’50s,” said David Carlor, a financial adviser who is Black. “No one’s going to tell you: ‘Because you’re Black, go get us coffee.’ You’re just going to find that you’re the one that’s being treated most disrespectfully in the office.”

At JPMorgan, Ms. Wilson was often the first to arrive and the last to leave, according to three of her former colleagues, who spoke on the condition of anonymity. She got lunch and coffee for her superiors and ran errands that seemed well outside her job description, like buying a mirror for her boss’s office.

In March 2016, Ms. Wilson joined the audit department as an executive administrative assistant — a coveted position among secretaries because it involved handling duties for one senior executive in that department.

Around the same time, Janet Jarnagin was also assigned to Ms. Wilson’s boss as a team leader. A midlevel executive, Ms. Jarnagin’s duties included helping the audit department prepare presentations and reports, according to a publicly available résumé.

Over the next few months, Ms. Jarnagin began ordering Ms. Wilson to hang coats, get coffee and lunch, or carry out requests — such as making photocopies — by visitors to the department, according to the lawsuit.

Once, Ms. Jarnagin stood up from her desk and announced that she was “sending Wanda out for coffee,” asking if anyone else wanted to place an order with her. Other Black secretaries who had overheard Ms. Jarnagin later teased Ms. Wilson about being treated like Kizzy, an enslaved character in the book and television mini-series “Roots.”

Ms. Wilson said that she asked Ms. Jarnagin not to use the term “sending” any more, but that Ms. Jarnagin ignored her. Ms. Wilson described the incident in a 2017 interview with a JPMorgan official, a recording of which she provided to The Times.

In her lawsuit, Ms. Wilson described how Ms. Jarnagin had been making these demands only of her — the lone Black secretary in the vicinity. She tried to distance herself. When she rearranged her desk so that the two women no longer had an unobstructed view of each other, Ms. Jarnagin mocked her for trying to build a “Mexican wall” out of a stack of folders on her desk, according to the lawsuit.

Ms. Wilson complained about Ms. Jarnagin to their boss, who told her to work things out on her own, according to the complaint. She then told a human resources representative that Ms. Jarnagin was ordering her around and bad-mouthing her work. JPMorgan’s Mr. Evangelisti said the bank had begun investigating Ms. Wilson’s complaints immediately. 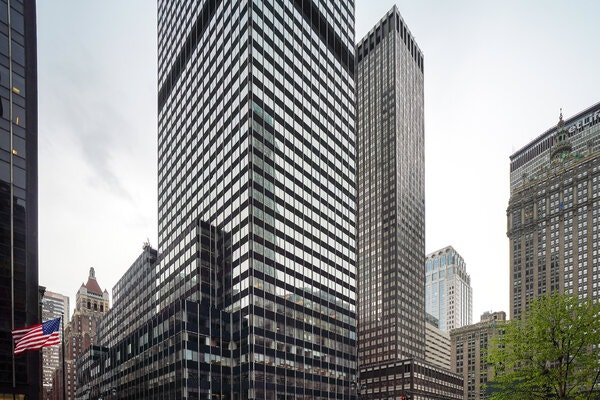 Henry Klingeman, a lawyer for Ms. Jarnagin, dismissed the allegations. “In the high-intensity, high-stress world of New York banking, Janet was no more rude than a male employee who is assertive,” he said in an email. “That she asked an administrative assistant to get coffee for senior management is one of the criticisms made against her. There is nothing to this, much less implied racism.”

Ms. Wilson eventually emailed Mr. Dimon: “I have followed the chain of command and have not received any assistance.” Mr. Dimon did not personally respond, but her complaint was promptly shared with senior bank officials who stepped up their investigation.

Bank officials interviewed people in the immediate vicinity of Ms. Wilson and Ms. Jarnagin, two people familiar with the investigation said. The investigators determined that Ms. Jarnagin had behaved rudely toward Ms. Wilson. However, since Ms. Jarnagin had been rude in the past to other employees who were not Black, they concluded that her behavior was not racially motivated, the people said.

Mr. Evangelisti said the officials’ conclusions had been “based on information provided by Ms. Wilson at the time.”

Ms. Jarnagin was given two “coaching” sessions, including one by her boss, the people said. She was never formally disciplined, but was advised to treat Ms. Wilson more gently, they said. Ms. Jarnagin left JPMorgan in November 2017.

JPMorgan officials also did a broader “climate study” of the area where Ms. Wilson worked, the people familiar with the matter said. The study concluded that there did not appear to be a problem with racism.

However, two Black employees interviewed for the study, who did not want to be identified for fear of retaliation, told The Times that race was a constant undertone in their interactions with non-Black employees. One said Black secretaries felt it was harder for them to get promotions, and they believed they were underpaid. But the Black employees said they downplayed the racism they witnessed to bank officials, partly because it wasn’t directed at them.

JPMorgan officials have recently acknowledged that some employees still do not feel safe speaking up. In March, the bank announced that it had reviewed its anti-discrimination practices and identified several areas for improvement.

Things didn’t improve for Ms. Wilson after her complaint.

Mr. Evangelisti said JPMorgan gave her nearly a year to search for a new job inside the bank as well as a raise and bonus during that time. Ms. Wilson said the only job the bank offered her was a role working for a man who had become enraged at her over a disagreement with her boss when she worked in the audit department.

Mr. Evangelisti said the role would have come with the same title, grade and compensation as her prior job, “but Ms. Wilson declined the role and refused to provide any context about an ‘unpleasant exchange’ she claims to have had.”

Tags
Black Had Jpmorgan Not She

A Princess, Long Denied by Belgium’s Former King, Meets With Her Father