Tens of thousands of Poles have defied Covid-19 restrictions to protest against a new high court ruling that imposes a near-total ban on abortion, blocking major roads and bridges and chanting anti-government slogans.

The demonstrators, some dressed as characters from “The Handmaid’s Tale,” have even disrupted masses and vandalized churches — a rare case of lashing out at the government’s ally, the Catholic Church, in the staunchly Catholic country.

The protests began Thursday over the ruling that tightened what was already one of Europe’s most restrictive abortion laws. But they have increasingly turned into a broader expression of anger at a right-wing government that opponents accuse of hijacking the judiciary and chipping away at the rights of women and minorities.

“What is happening in the public space, those acts of aggression, attacks, barbarism, is unacceptable,” the prime minister, Mateusz Morawiecki, said on Tuesday. “I don’t give my consent to attack people, churches, and the right to pursue values by others,” he added, appealing to protesters to refrain from acts of aggression.

Here’s a look at how the issue became such a flash point. 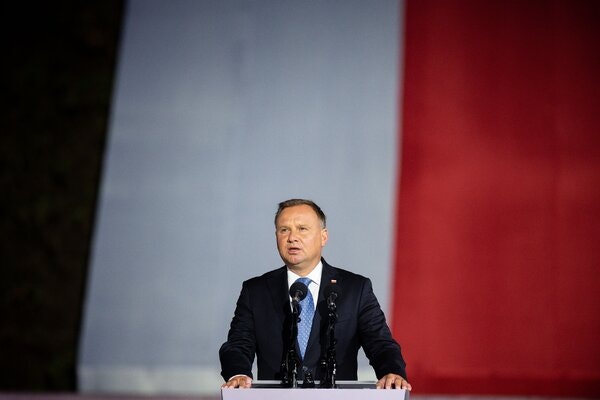 What sparked the protests?

Prior to Thursday’s ruling by the Constitutional Tribunal, Poland had permitted terminations only for fetal abnormalities, in case of a threat to a woman’s health or in the case of incest or rape. But in practice, the overwhelming majority of legal abortions — 1,074 of 1,100 performed last year — resulted from fetal abnormalities.

However, the latest court ruling held that abortions for fetal abnormalities violate the Constitution — a decision that cannot be appealed.

Still, this category of abortions represents only a small fraction of those obtained by Polish women. Many already go abroad for abortions or have them illegally. Common obstacles to legal termination include lengthy waits and doctors refusing to perform them.

And there is very little financial and psychological support for families of disabled children, who are left to fend for themselves once the child is born.

In the court ruling, the tribunal’s president, Julia Przylebska, said that allowing abortions for fetal abnormalities legalized “eugenic practices.” Because Poland’s Constitution guarantees the protection of human life, she added, termination based on the health of a fetus amounted to “a directly forbidden form of discrimination.”

Protesters are demanding that the court reverse itself and a growing number are also calling for liberalization of the abortion law. Protests have spread from cities to towns and villages and women’s groups have found support from some unlikely corners, including taxi drivers, farmers and coal miners, all with their own grievances against the government. 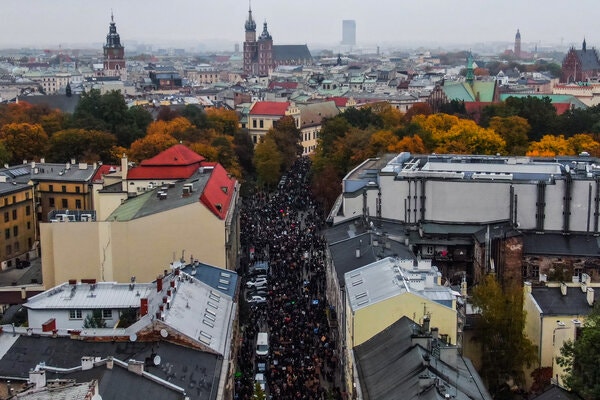 How does this reflect Polish politics and society?

The ruling Law and Justice party has largely erased the independence of the judiciary, drawing international condemnation. Opponents say the party is now using subservient courts to achieve what it could not do legislatively, something that the government denies.

The government has tried repeatedly to make the abortion law stricter, but could not muster the votes in Parliament. Polls have shown that most citizens oppose new limits and each attempt was met with mass demonstrations.

Analysts say that with attention on the pandemic and the next election three years away, the time was ripe for a new strategy. Rather than try again to pass legislation, right-wing lawmakers asked the constitutional tribunal, Poland’s highest court, to review the law.

But many women say they are being used as pawns in the ruling party’s efforts to distract the public from its handling of the coronavirus pandemic, with cases surging and hospitals increasingly overwhelmed. In the past month, Poland has become one of the hardest-hit countries in the world, straining its health care system. The president, Andrzej Duda, tested positive on Saturday.

Critics say the governing Law and Justice Party is doing the bidding of church leaders and right-wing groups, forcing women to choose whether to have dangerous illegal abortions, to go abroad for abortions, or to give birth to children with serious — often fatal — health problems.

The governing party, which took power in 2015, presents itself as the defender of traditional, Catholic values, and denigrates its opponents as anti-Polish and anti-Christian. Central to that vision are Polish women as wives and mothers, and women’s rights groups are depicted as dangerous agents of liberal, Western propaganda.

They have not been the party’s only target. At the height of Europe’s migration crisis, Law and Justice portrayed refugees as a threat to Christian civilization — but later agreed to take in Christian ones. After that issue subsided, the right focused much of its attention during recent political campaigns on gay people, painting them as a threat to Polish life and values.

Law and Justice has seized on European Union complaints about Poland’s illiberal course as evidence that the bloc is pushing “foreign” ideas that threaten to undermine Polish sovereignty. 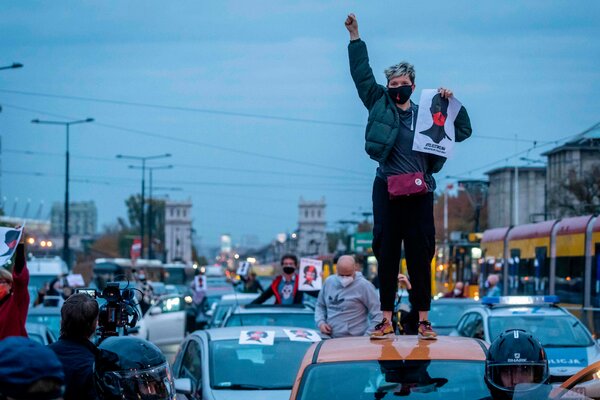 What sets these protests apart?

Protesters are using an intentionally vulgar slogan to shock people and send the message that well-mannered approaches have not worked. And they have broken the longstanding social taboo against challenging the church.

The Catholic church, perhaps the most influential pillar of Polish society since the fall of Communism, has long pressured the government to tighten or eliminate access to abortion.

On Sunday, women’s rights activists were protesting in the streets and disrupting church services all over Poland, holding up anti-government and anti-church banners that read: “This is war,” or “We have had enough,” and “We will not be victimized.”

Groups of young men and women confronted priests in some places, and protesters painted graffiti on the walls of churches and cathedrals across the country. Since the beginning of the demonstrations, far-right activists have been defending churches and confronting the protesters, sometimes using physical force, in a reflection of what critics say is an alliance between the government, the Catholic Church, and far-right groups.

In Konstancin Jeziorna, a leafy suburb of Warsaw, a monument to Pope John Paul II was doused with red paint — a once-unithinkable affront to a national hero. 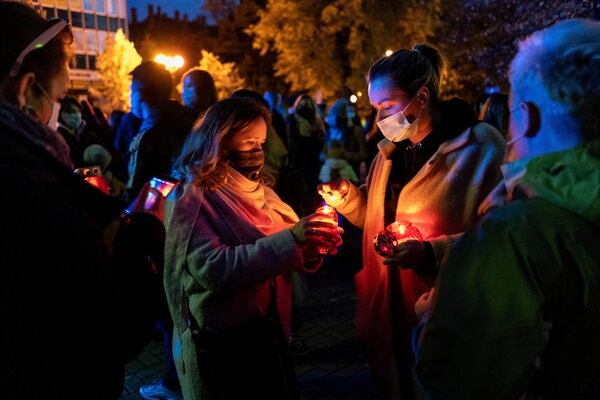 How does Poland compare to other countries?

Under Communism, Poland and other Soviet bloc states had some of the most liberal abortion laws. Women’s rights activists used to help Swedes travel to Poland for abortions.

But the country now has one of the most restrictive abortion laws among the world’s wealthier countries, adopted in 1993. The high court ruling moves the country even farther from the mainstream.

Nearly all of Europe has abortion on demand, up to a certain point in pregnancy. The United States does, as well, though many states have made access to it difficult.

On the day of the top court’s ruling on abortions, the governments of Poland, the United States and several other countries, including Uganda, Hungary, Belarus and Saudi Arabia, signed the Geneva Consensus Declaration, a statement challenging the right to abortion.

Tags
Not Party Protest Some